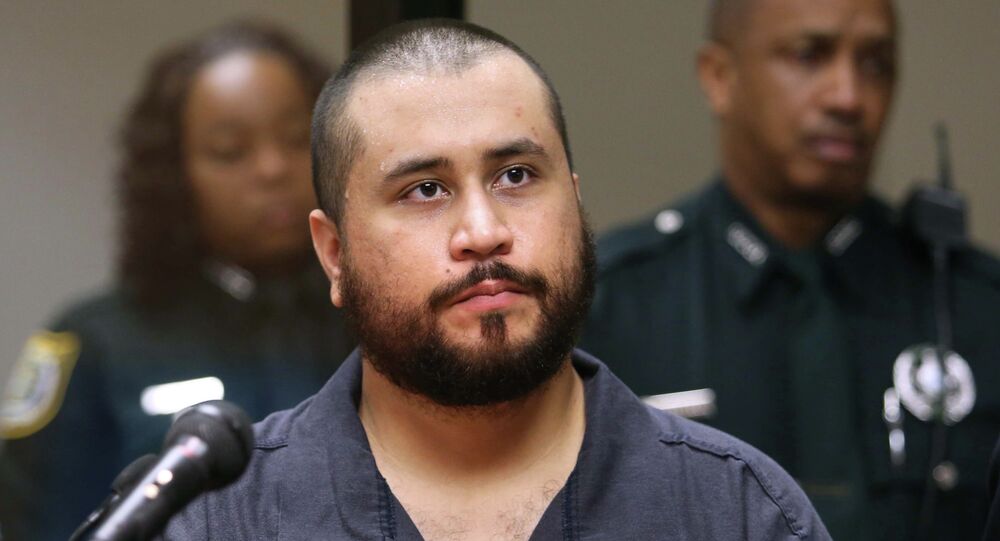 After skyrocketing to infamy for his killing of a 17-year-old child, George Zimmerman has taken to Twitter to compare President Obama to Thursday’s Oregon community college campus shooter, who killed nine people before being fatally shot by law enforcement.

Zimmerman, Trayvon Martin’s acquitted killer, who earlier this week made headlines for retweeting a photo of the teen’s lifeless body, took to the Internet on Friday to suggest that the Oregon shooter and President Obama have something in common: they both kill Christians.

“2 things P.O.S. Obama & his son have in common, self proclaimed “mixed race” and attacking Christians on US soil,” Zimmerman tweeted along with a photo of Oregon shooter Christopher Harper Mercer.

His claim is based on the witness account, widely circulated in the media, that Harper Mercer asked his victims to stand and state their religion before shooting them.  It has not been verified what religion he was targeting, if any.

A MySpace profile believed to be Harper Mercer’s includes photos of him holding weapons, as well as Irish Republican Army imagery.

What appears to be his online dating profile, however, states his rejection of “organized religion.”

Zimmerman’s statement of “his son” is a reference to Obama’s statement that Zimmerman’s victim, Trayvon Martin, could have been himself at one time, or his son.

Twitter, naturally, responded to the inflammatory tweet with outrage, reminding him that he is a killer, and that as Harper Mercer self-identified as a conservative Republican, he was more likely to be Zimmerman’s offspring than Obama’s.