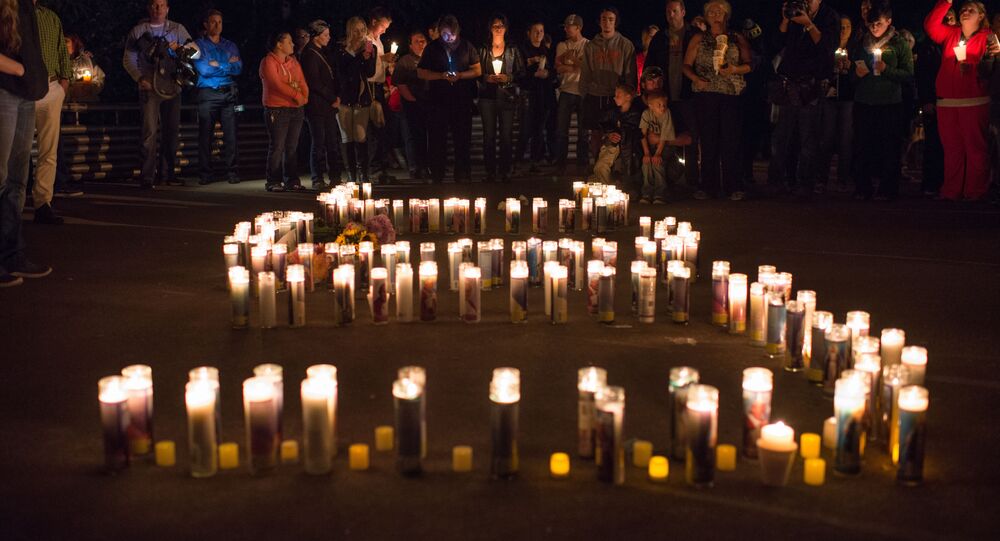 US lawmakers and state governors should work with the current administration to change the US gun laws, President Barack Obama stated on Thursday following a fatal mass shooting in Oregon.

WASHINGTON, October 2 (Sputnik) — Earlier on Thursday, a male shooter, who has yet to be identified, opened fire at the Umpqua Community College in Roseburg, Oregon. Authorities have not released the exact number of fatalities, but local media has reported that 15 people were killed and around 20 injured.

The President also called on the US citizens to urge their representatives to change existing US gun laws.

"Tonight as those of us who are lucky enough to hug our kids little closer, I am thinking about families who aren’t so fortunate, I’d ask American people to think about how they can get our government to change these laws and to save lives," Obama said.

Following the shooting, Douglas County Sheriff John Hanlin said that the investigation is still ongoing, and it is unclear whether the shooter was a student at the college and whether other gunmen were involved. He confirmed that the shooter is dead.