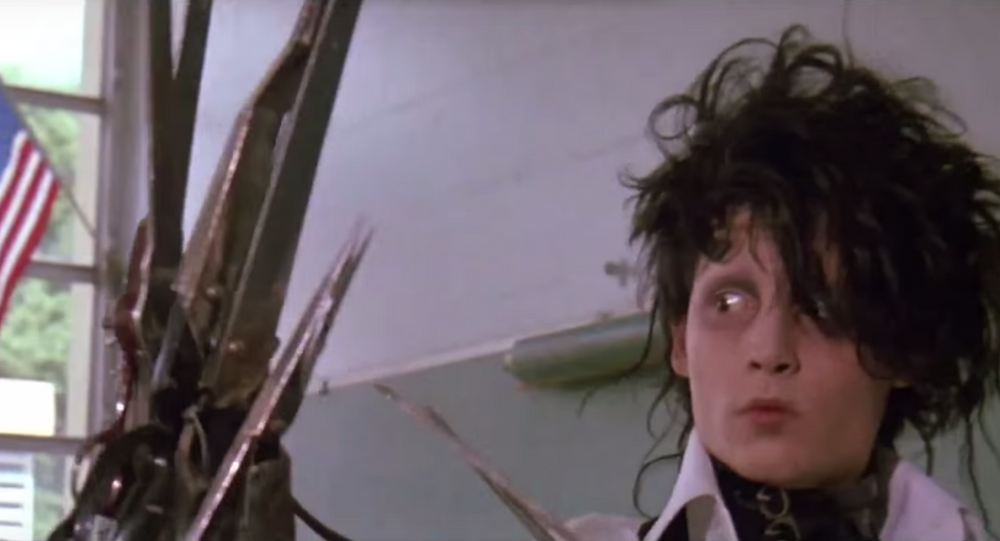 While conducting an interview with supposed Snowden supporter Jon Hendren – aka @fart – HLN news failed to notice that the segment had gradually become a rousing defense of Edward Scissorhands.

The biggest news of Tuesday? The fact that NSA whistleblower Edward Snowden finally jumped on the Twitter bandwagon. Eager to join the media fray, tabloid news network HLN was desperate for any guest they could find.

Lucky for them, they stumbled upon a lone Snowden supporter going by the Twitter handle @fart, and invited him on air.

"[Twitter] shut down ISIS accounts, why do you think Snowden is any different?" host Yasmin Vossoughian asked, referring to former New York Governor George Pataki’s statements that the social media platform should treat Snowden as a traitor.

"He’s a hero, he’s doing what any one of us should’ve done in that situation," @fart responded.

"He’s got a voice, he’s been isolated for so long. He’s got valid things to say, we should listen to what he says."

Vossoughian then referred to the argument that Snowden’s documents could have put American lives at risk.

"Well, you know, to say that he couldn’t harm somebody with what he did – he could, absolutely, he could," @fart responded.

"But to cast him out, to make him invalid in society simply because he has scissors for hands – I mean, that’s strange,” he continued. “People didn’t get scared until he started sculpting shrubs into dinosaur shapes and whatnot."

Speaking to Esquire, @fart admitted that he thought it was a little strange that HLN has contacted him for comment.

"I got an email last night asking if I wanted to come on and replied immediately saying, 'Yes I absolutely would,' before I even read the entire email.'"

"I was surprised that they didn’t cut me off immediately, so I just kept rolling with it assuming at some point they’d hang up," he said. "They never did for some reason."

Vossoughina, in fact, never missed a beat, continuing to probe @fart about Snowden even as he used words like "scissor fingers," "waterbed," and "Edward Scissorhands is a complete hero to me."

Edward Scissorhands, for the uninitiated, is the 1990 fantasy film starring Johnny Depp, in which Depp plays a tragic Frankenstein figure, built with scissors – you guessed it – for hands.

Snowden currently resides in Russia to avoid a US prison sentence. Scissorhands was last seen hiding in some box office bomb known as "Mortdecai."