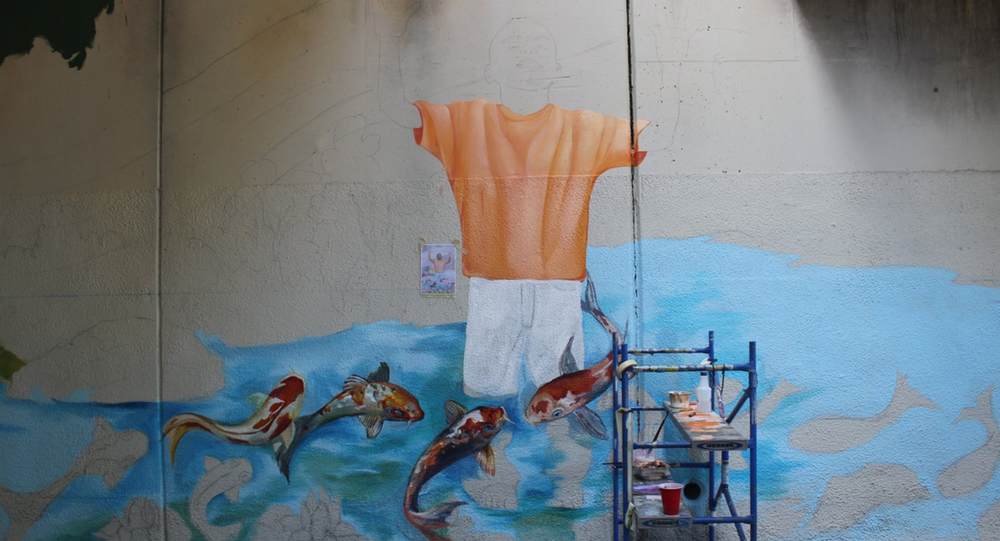 A California artist was shot and killed on Tuesday, an incident made all the more tragic by the fact that he was painting an anti-violence mural at the time.

Friends have identified the painter as Antonio Ramos, who was working on a mural project with the Attitudinal Healing Connection. Conceptualized by local middle school students, the 4,000-square-foot painting was to feature the children as superheroes tackling issues of community violence.

"In the midst of beautifying the community with youth messages of hope and love, this horrific tragedy happens," said another member of project, according to Raw Story.

The shooter opened fire at 10:30 am beneath a highway overpass Oakland. He escaped before police arrived on the scene and is still at large.

"He loved the messages and images envisioned by the students being spread throughout the community," the Oakland Superheroes Mural Project wrote in a Facebook post, describing Ramos.

"He was a bright light on the team, bringing positivity, humility and dedication to the project."

A crowdfunding campaign has been launched to cover the costs of Ramos’ funeral, and the Oakland Superheroes Mural Project is also taking donations to help complete the painting.