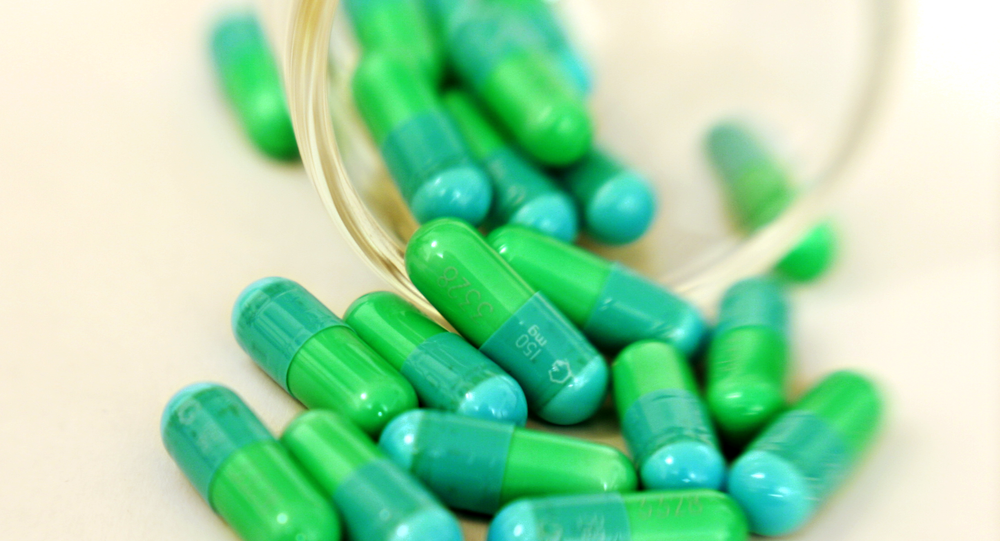 The soaring prices for two heart drugs owned by a Quebec-based pharmaceutical company has sparked the outrage of Canadian doctors and US lawmakers alike.

© Flickr / Chris Potter
Pharma Giants Set to Profit From TTIP Talks After Massive Lobbying
The two drugs' prices, which rose between 1700 and 2500 percent over the course of three years,  prompted US Democrats on the House of Representatives committee on oversight and government reform to send a letter on Monday to the Republican committee chairman, asking for a subpoena to make Valeant Pharmaceutical hand over documents linked to the issue.

In February, Marathon Pharmaceuticals sold its distribution rights to Isuprel or Isoprenaline and Nitropress to Valeant, which then jacked up the prices dramatically.

Not all of the price hikes were Valeant's fault, CBC News reported, but a significant part of them were.

This isn't the first time Valeant increased its prices. In 2013 Valeant Canada announced that a one-month supply of Syprine, used to treat Wilson's disease, would be marked up to match what it cost in the US — $13,244, or around 13 times higher than it had previously sold for.

Dr. Eve Roberts, who treated patients with the medication, said the decision was devastating.

"I am still feeling quite traumatized by what happened to my patients and I feel traumatized for patients in similar situations," Roberts said in an interview to CBC News Tuesday.

UC Berkeley Campus Life
Grow Me a Heart? Scientists Create Cardiac Tissue From Stem Cells
Treatment with Syprine requires taking three or four pills a day, and can mean the difference between living a full and productive life, and deteriorating into liver and neurological disease.

"To see these prices rise capriciously and suddenly is just intolerable for these patients," Roberts said.

Skyrocketing drug prices have become a campaign issue in the US, where both leading Democratic contenders for the 2016 presidential nomination have vowed to make healthcare more accessible to Americans.

Quebec-based Valeant Pharmaceuticals has raised the price of a heart drug by 2500%. 'Profit over people' capitalism strikes again.

"It is unacceptable that while millions of Americans cannot afford the prescription drugs that they need, the top pharmaceutical companies made a combined $45 billion in profits last year and spent more on sales and marketing than they did on research and development," Bernie Sanders, a senator from Vermont and Hillary Clinton's closest rival for the nomination, said earlier this month.

"It is time for the United States to join the rest of the industrialized world by implementing prescription drug policies that work for everybody, not just the CEOs of the pharmaceutical industry."

Democrats claim that Valeant is following the example of  former McKinsey consultant Martin Shkreli, whose company notoriously raised the price for toxoplasmosis drug Daraprim from $13.50 to $750 after buying the company that owned the rights.

"We believe it is critical to hold drug companies to account when they engage in a business strategy of buying old neglected drugs and turning them into high-price specialty drugs," reads  the committee letter.

Valeant has not commented on the letter, according to CBC.

But Valeant's CEO Michael Pearson told his employees in a letter on Monday that the company's business model is not based on price increases, and that political pressure won't harm the company.

"Valeant is well-positioned for strong organic growth, even assuming little to no price increases," he wrote.