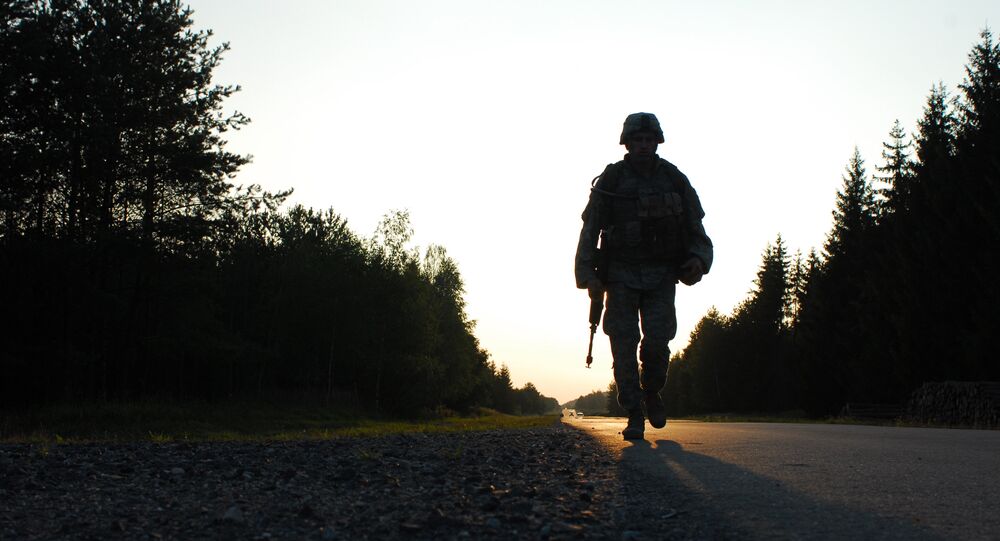 Some 118 members of the US armed forces committed suicide from April 1 to June 30, the US Department of Defense announced on Wednesday.

WASHINGTON (Sputnik) — The US Department of Veterans Affairs (VA) estimates that 22 former soldiers, sailors, airmen or Marines kill themselves every day, but the real figure is believed to be much higher.

The VA acknowledges that that total number is based on a study of data collected from just 21 US states. Twenty-nine states that are unaccounted for include California and Texas, the two states with the largest veteran populations.

The VA has no accurate suicide figures later than 2010.

“Suicide rates within the veteran population often were double and sometimes triple the civilian suicide rate in several states,” News 21 reported in August 2013.

The news organization carried out a study of data from 2005 to 2011 and found that across 48 US states suicide was far more common among military veterans than among the general population.

Report: More Killed by Guns in US Since 1989 Than in All Wars in US History