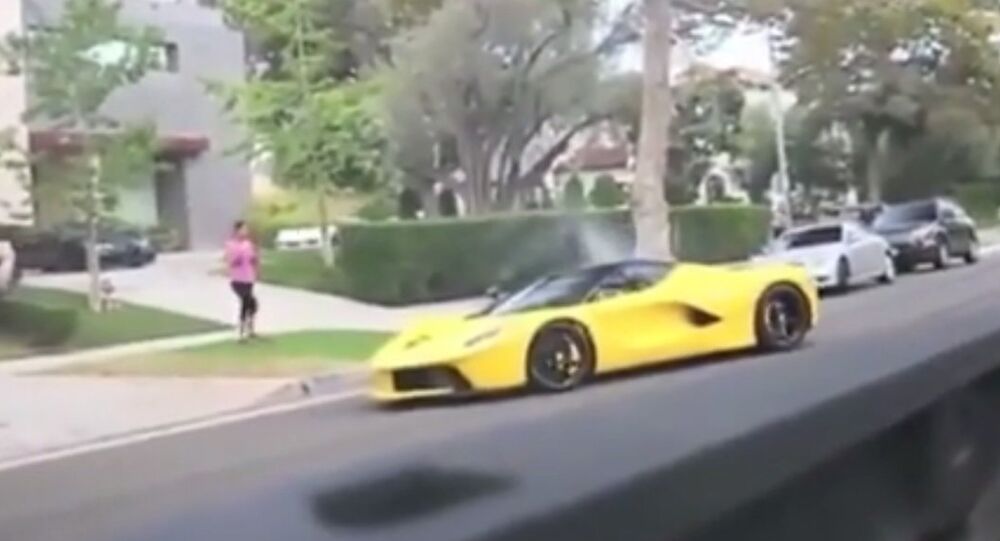 While out-of-control Qatari and Saudi visitors cause a commotion in Beverly Hills, many in wealthy Los Angeles neighborhoods view the presence of affluent Arab citizens in the area as helpful for the economy.

Video of a Ferrari LaFerrari and a Porsche 911 GT3 racing through a quiet Beverly Hills neighborhood last month went viral. The drivers of both cars are shown ignoring stop signs, pedestrians, and other cars as they zoom through the residential area in their million-dollar-plus cars.

It was later revealed that the Porsche’s owner was Sheikh Khalid bin Hamad of the Qatari royal al-Thani family. He denied driving the car before invoking diplomatic immunity, which, as it turns out, he didn’t have. So, he fled the country, taking his expensive cars with him.

More recently, Saudi Prince Majed Abdulaziz al-Saud was arrested at his rented Beverly Glen estate, worth $37 million, and booked on charges of forcing a female worker to perform oral sex on him. He was later released on a $300,000 bail. It’s a lot of money, but considering the price of his digs, it’s probably spare change for the prince.

The incidents have caused quite a stir in the quieter neighborhoods of Los Angeles, with many residents annoyed by the lack of civility and respect for the law shown by these affluent Gulfers.

But, according to the LA Times, many in the area also view these two incidents as simply an "aberration," a take particularly popular among those who have made quite a bit of money from the richest of the rich Arab citizens.

Citizens of affluent countries Gulf countries like Qatar, Saudi Arabia, Kuwait, and the UAE have a predilection for designer brands and a luxury lifestyle, and they have more than enough money to spare, making them the perfect demographic for LA’s tourist industry.

Areas like Beverly Hills have seen a surge of tourists from these Gulf states in recent years, especially as airlines like Emirates and Etihad offer direct flights from Dubai and Abu Dhabi to LA. Qatar Airways will also be launching the service in January. These tourists spend more than any other international tourists.

© REUTERS / Kevin Lamarque
Obama and the Royals: Human Rights Aren’t a Concern, When Oil is at Stake

From lavish beach pads and hotels to luxury boutiques, they raised the bottom line of the tourist industry in the city. Which is probably why people like Hillary Fogarty, business development head for online high-end jewelry seller Beladora, appreciate these visitors.

"They’re definitely stimulating the trade," she told the LA Times. "Our experience is extremely positive in every way. They have good taste. When they come to see the pieces in person, they often buy them to take them back. That means they have to pay tax. If we ship [from the website], they’re not taxable."

In fact, many hotels in the area have started to cater specifically to these visitors, such as the Peninsula Beverly Hills, which offers everything from prayer rugs to Arabic monogrammed pillowcases. Many spend entire summers at such hotels, returning the next year in larger groups.

Real estate agents have also come to view wealthy Arab citizens as essential to their business.

Citing brokers, the LA Times reported that Gulf citizens have been spending nearly $100,000 a month in rent on beach condos, with many families even buying furnished condos for their children attending universities in the area.

"The market here in LA is very strong," Sam Real, an agent serving the luxury market said. "It’s a good place for them to place their money. You’re seeing a lot of royal families trying to diversify their portfolios."

Jeff Hyland, another agent who works with wealthy clients, similarly came to the defense of Gulf tourists, saying the recent incidents were simply anomalies.

"These are aberrations," he said. "The people we deal with are quiet, and they really want to fit in to the social fabric of the city."

Like others, however, Hyland may be too blinded by the tourists’ wealth and its benefits to his business to know that while these incidents may be rare, they are certainly not aberrations.

In 2010, photos went viral of two rare and expensive cars belonging to members of the Qatari royal family in a street in London, another popular destination for Gulf tourists. The cars were illegally parked outside Harrods’ Department store (which had also been recently purchased by the Qatari royal  family), and were subsequently ticketed and clamped.

Meanwhile, residents of Beverly Hills continue to complain about the misbehaving tourists, prompting the police chief to vow at a news conference that regardless of "who you are, who you know or where you are from," the law will be applied equally.

US Arming Gulf Allies to ‘Exploit’ Arms Embargo on Iran

New Missile Race: US, Gulf States Conspiring Behind Iran's Back?