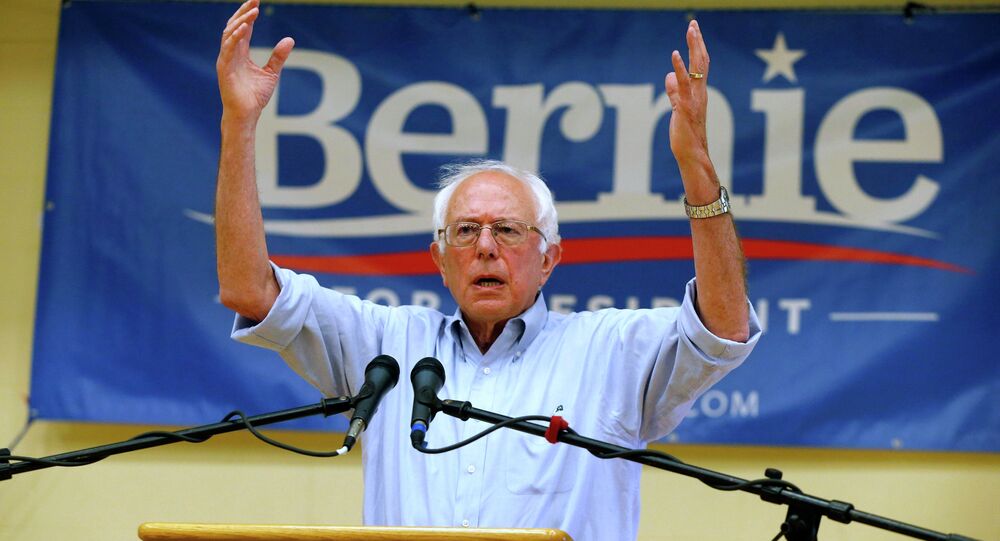 In US television networks’ evening news coverage, Bernie Sanders is barely making a blip, claiming only eight minutes out of the 128 that have been spent thus far discussing the Democratic primary. But that very same mainstream media has an explanation as to why: he stays on-message and doesn’t attack his opponents.

A study conducted by broadcast news monitor Andrew Tyndall shows that Sanders’ campaign is receiving five times less airtime than Republican candidate Jeb Bush, who is polling at only 10% support among Republican voters, but who has nonetheless received 43 minutes of network time.

Despite Sanders’ massive jump from 5.6% to 27.6% among Democrats in national polls, and going from underdog to well-on-his-way to scooping the frontrunner title away from rival Hillary Clinton, the second place Democratic contender is receiving the same amount of coverage as New Jersey Governor Chris Christie, who is only polling around 3% and is in 7th place among the Republican candidates.

On Tuesday, the Washington Post’s David Weigel set out to explain this discrepancy.  His theory is that, since Sanders consistently reiterates his core platform messaging and does not attack other candidates, there are few salacious and scandalous headlines to report.

Lending more credibility to this theory is the fact that the news has devoted nearly the same amount of time to Clinton’s email scandal (83 minutes) as they have covering her entire campaign (82 minutes).

What the mainstream media is missing, the Washington Post notes, is the fact that Sanders introduces powerful new legislation nearly every week that Congress is in session. And when exactly, if we may ask, did platform consistency and respect for opponents become liabilities in US presidential campaigns?

An unscientific study of the Post, in fact, reveals that the American media stalwart has been only slightly less guilty of perpetrating the Sanders blackout over the last two months. “Bernie Sanders” returned 207 search results, while results for “Hillary Clinton” were almost twice as numerous — 400.

Sanders likes to joke that if he “slipped on a banana peel” at an event, that would get the media’s attention.  Perhaps it’s time for Sanders to start eating more bananas.

This is what American democracy looks like: running a clean campaign with a consistent message all but guarantees you will barely be heard.

Bernie Sanders: US Needs to Work With Russia, China to Fight Climate Change