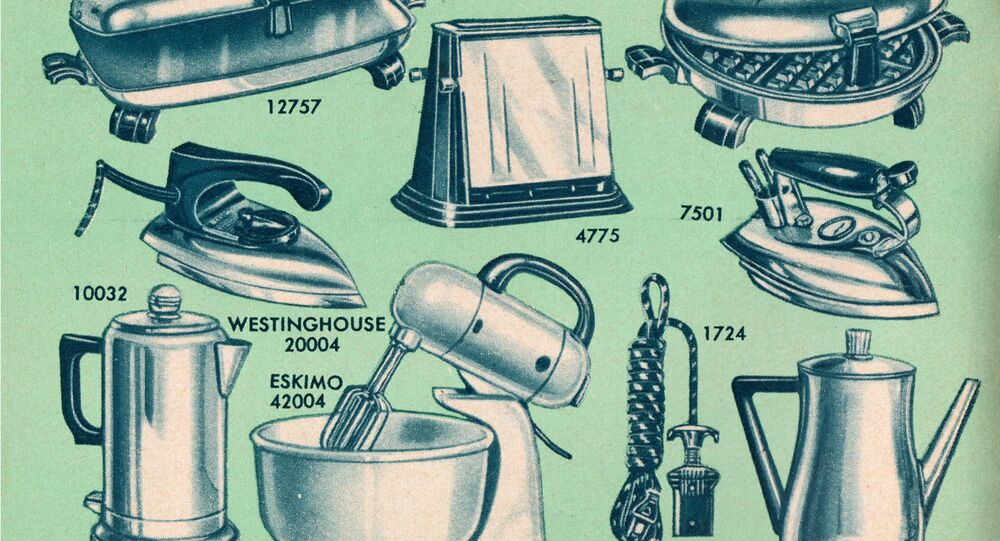 The Pentagon’s zany research division, DARPA, has announced a new cybersecurity program. A whole new way of thinking about online defense, the agency hopes to tap into the electronic subconscious of – among other things – your dishwasher.

For better or worse, the world is getting smarter. Televisions, microwaves, coffee machines, traffic lights, cell phones; they all utilize the Internet for networking purposes, using wireless connections for a variety of purposes.

© Flickr / A Health Blog
Cyborgs on the March: Is DARPA Implanting Chips in US Soldiers' Brains?!

All told, these devices are known as the Internet of Things. Modern washer/dryers may take advantage of the smart grid to provide users with convenient remote access. Televisions can stream the latest episode of Empire.

They are, in a sense, objects that give the nebulous web a tangible place in the physical world.

But that interconnectivity also makes these devices vulnerable to intrusion. While you may not be too concerned about international hackers breaking in to change the clock on your microwave oven, other connections could pose a bigger threat. Tapping into the grids of major cities could create havoc on a macro scale. Smartphone intrusions could pose problems for individuals.

But the Defense Advanced Research Projects Agency (DARPA) is developing an innovative solution. With a budget of $36 million allocated for the first phase, the agency will launch a program known as Leveraging the Analog Domain for Security.

The name may not be flashy, but the goal is to develop technology which can detect involuntary emissions from smart devices to determine what software functions are being performed.

Of course, the symptoms emitted by electronics are less obvious. DARPA needs a monitoring system – be it an external or internal component – that can analyze electromagnetic, thermal, acoustic emissions, as well as power fluctuations.

"[A]ttackers have repeatedly demonstrated the ability to pierce protection boundaries," DARPA’s announcement read, adding that the project’s ultimate goal is to create "algorithms, tools and devices for mapping analog emissions of digital devices."

The agency’s announcement calls for any interested teams to present plans which balance the proposed monitoring system’s accuracy with distance from the target object. The winning developers will also have to prove that their system is capable of zeroing in on an intended object, canceling out emissions from other nearby devices.

Those proposals are due by November 10.

The program, led by DARPA’s Information Innovation Office, will be carried out in three stages, and will ideally be completed in four years.

It may sound far-fetched, but when your dishwasher starts slinging butter knives, you’ll be glad DARPA was prepared.