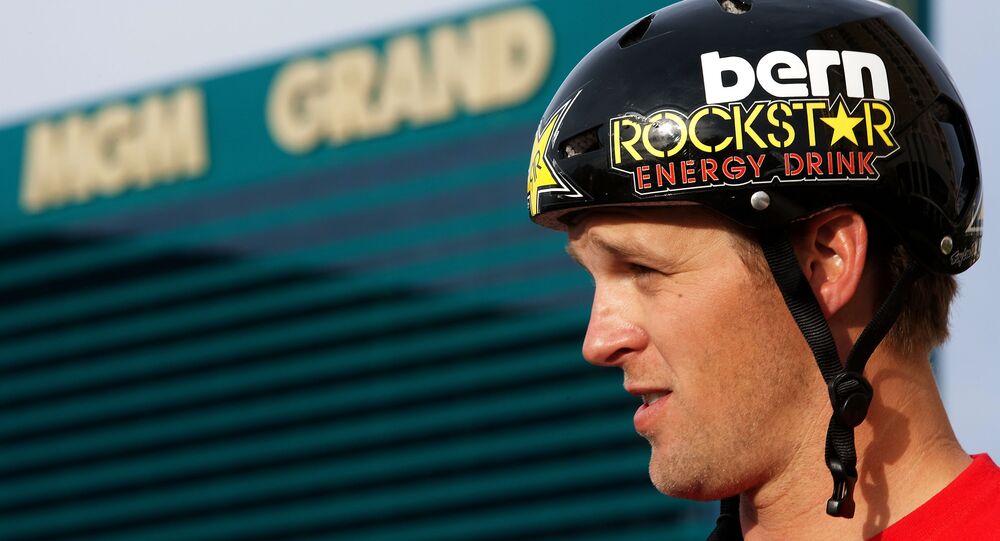 Death of a Daredevil: US Skydiver Collides With Tree in California

Noted American skydiver Erik Roner was killed after he struck a tree during a charity event in California, media reports said.

Erik Roner, A prominent extreme sports enthusiast who had performed on MTV, died during a skydive which was part of the opening ceremony of a golf event in Squaw Valley, California.

So sad.. Erik Roner (You may know him from Nitro Circus) has died in a sky diving accident. http://t.co/WYd6d2cRbQ pic.twitter.com/nJIiGW9j6X

Officials said that the 39-year-old was part of a team performing at a charity golf tournament when he hit a tree while trying to land and became entangled high above ground at about 9:45 a.m. on Monday.

So sad to hear that the dude who was my childhood inspiration and the raddest athlete ever died today. RIP Erik Roner pic.twitter.com/zeNl4gt2sc

He was pronounced dead at the scene; all of the other skydivers landed safely, according to local police.

The accident reportedly took place at an annual golf fundraiser for the Squaw Valley Institute in Olympic Valley.

An investigation into the accident is already under way, and the Federal Aviation Administration has been notified, officials said.

A professional skier, Roner was also a BASE jumper and a member of the extreme sports Nitro Circus Crew alongside freestyle motocross rider Travis Pastrana; they both featured on MTV.

According to his website erikroner.com, Roner was raised in Northern California and took up skiing at an early age. He continued to ski while attending Brigham Young University, he graduated with a degree in graphic design.

"His athleticism has earned him features in numerous major ski films, accolades from magazines such as Powder, Skiing, Outside, Rolling Stone, Sports Illustrated, Men's Journal and FHM," the website said.

He eventually became one of the pioneers of ski BASE jumping, in which skis are used to propel a jumper off cliffs and a parachute is used to help him descend back to the ground.

Roner managed to complete a whole array of jumps from mountains across the world.

In particular, he hit the headlines in 2013 when he filmed himself leaping out of a hot-air balloon with a Mary Poppins-style umbrella.

US Paratroopers Carry Out First Skydiving Exercises in Estonia - Army