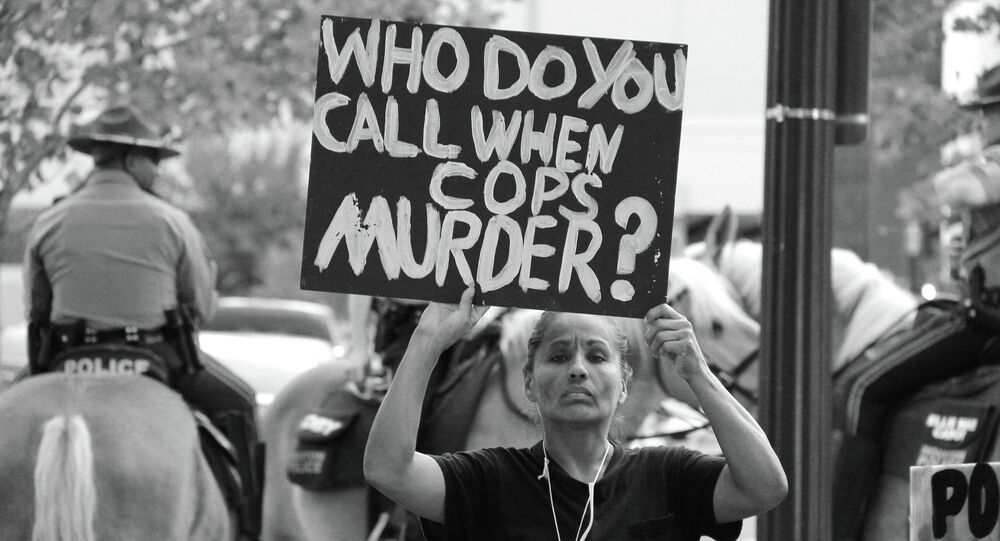 So Much for Accountability: FBI Refuses to Track US Police Killings

On Monday, Director James Comey of the FBI announced that the Bureau will not cave in to pressure from activists and politicians to create a universal database to keep track of US civilian deaths at the hands of police, and will instead retain their voluntary submission system.

Currently, the FBI allows local police departments to choose whether or not to submit their data on police killings.  These voluntary counts have proven to fall way short of the actual numbers tracked by independent databases such as KilledByPolice.net and The Counted, a project by the Guardian.

However, Killed by Police, the first database created to keep track of these numbers, has already tracked 890 since January 1 of this year, 95 in the month of September alone.

Comey said the Bureau intends to collect more data about police shootings, but did not specify how.

“Next, to address the ongoing debate about the appropriate use of force by law enforcement, we plan to collect more data about shootings (fatal and nonfatal) between law enforcement and civilians, and to increase reporting overall,” Comey’s statement read. “Currently, the UCR program collects the number of justifiable homicides reported by police as well as information about the felonious killing and assault of law enforcement officers.”

© AP Photo / Kevin Hagen
NYPD Chief Gives More Freedom to New York Cops to Break the Rules
Comey went on to say that additional information gathered will be used to create a new and separate report that will “outline facts about what happened, who was involved, the nature of injuries or deaths, and the circumstances behind these incidents.”

A request by the Guardian for more information regarding how many of the nearly 18,000 law enforcement agencies in the US participated in the optional reporting program last year or in previous years went unanswered, but Comey’s statement mentions that it is a “little more than one third” of all departments.

There are also no federal or independent databases tracking non-lethal violence at the hands of police.