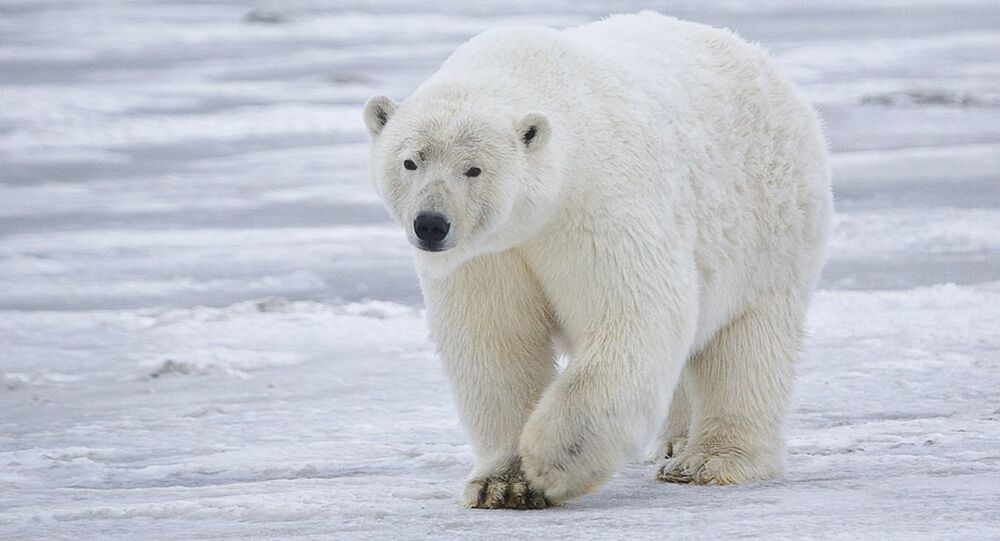 Score One for the Polar Bears: Activists Claim Victory in Shell’s Shut-Down

Environmentalist groups and activists have welcomed news of Shell’s decision to cease its search for oil off the Alaskan coast "for the foreseeable future," hailing the statement as a victory, and calling for United States President Barack Obama to take it as an opportunity to ban energy companies from pursuing similar projects in the region.

© AFP 2020 / TIM EXTON
Shell to Stop Oil Exploration Near Alaska Due to Poor Results, High Costs
Citing the "high costs associated with the project," and the "challenging and unpredictable federal regulatory environment," the Anglo-Dutch energy company Shell said in a statement on Monday that it would cease its exploratory activity in the Chukchi Sea, off the northwest coast of Alaska.

The company, which has invested about $7 billion over the past eight years, stands to lose $4.1 billion from halting its activity in the region.

In the statement, Shell described the decision as "disappointing," however, environmental activists and organizations have hailed it as a victory, calling it a turning point in the fight to protect the region, and the animals inhabiting it.

Environmentalists have stepped up their efforts to prevent energy companies from operating in the Arctic after the Obama administration green-lit exploratory projects in July.

"Big oil has sustained an unmitigated defeat," executive director of Greenpeace UK, John Sauven, said in a statement. "The Save the Arctic movement has exacted a huge reputational price from Shell for its Arctic drilling programs."

Greenpeace and other environmentalist groups say that Shell’s operations in Arctic could lead to an increase in greenhouse emissions, and potential oil spills could threaten the lives of animals that are already struggling to survive because of melting sea ice, such as polar bears.

The group launched a "Save the Arctic" petition that amassed seven million signatures from around the world.

"They had a budget of billions," Sauven added, referring to Shell’s investment in the failed project, "we had a movement of millions."

Sauven also took the opportunity to call on Obama to ban future drilling projects in the Arctic by energy companies.

"Now, President Obama should use his remaining months in office to say that no other oil company will be licensed to drill in the American Arctic."

Craig Bennett, chief executive of Friends of the Earth, echoed Sauven’s excitement, saying Shell’s decision was "wonderful news for the people and wildlife of the Arctic region," adding that it "must become a turning point in the fight to prevent catastrophic climate change."

"Just think what the seven billion dollars Shell spent in the Arctic could have done for our climate and energy system if it had been invested in solar, wind and tidal power, rather than being wasted on yet more oil," he noted.