US Defense Secretary Ashton Carter said that the United States will continue to cooperate with Russia in the spheres of common interest, which may include Syria.

WASHINGTON (Sputnik) — The United States will continue to cooperate with Russia in the spheres of common interest, which may include Syria, US Defense Secretary Ashton Carter said in a press conference on Thursday.

“We will continue to work with Russia on issues where our interests overlap,” Carter said. “It is possible, but not yet clear, that such an overlap might exist in Syria.”

Syria has been mired in a civil war since 2011. The country’s government is fighting a number of opposition forces, as well as radical Islamist militant organizations, including the Nusra Front and ISIL extremist group.

A US-led coalition of 62 nations has conducted airstrikes against ISIL positions in Syria since September 2014. 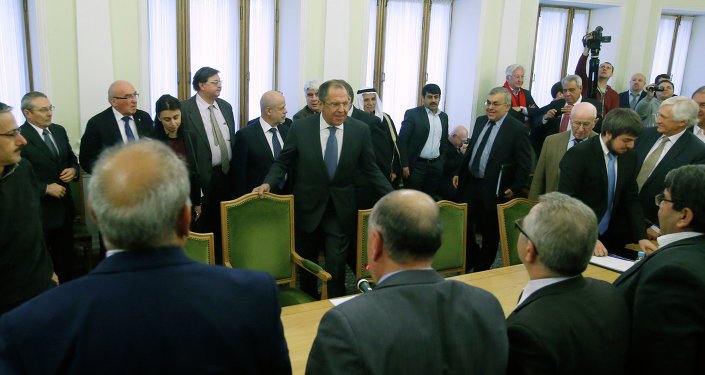 © REUTERS / Maxim Zmeyev
Only Moscow 'Can Provide Platform' for Syrian Crisis Settlement
Moscow, which has been providing support to Syria in terms of equipment, training and weaponry to fight the terrorists, has urged the coalition to join forces with the Syrian government in its fight against ISIL.

Russia’s President Vladimir Putin and US President Barack Obama have scheduled a meeting on Monday to discuss the situation in Syria, which could lay groundwork for better coordination between the two countries, according to the White House.

Ashton Carter also said that the US military is looking into different new ways to train and equip the moderate Syrian opposition.

US Central Command Commander Lloyd Austin said last week that only "four or five" US-trained Syrian fighters are currently engaged in combat against ISIL in Syria.

"We are looking at additional opportunities to…train and equip Syrian forces that will combat ISIL,” Carter said when asked whether the coalition was considering different options to run the program.

US Concerned Over Russia’s Air-to-Air Capabilities in Syria