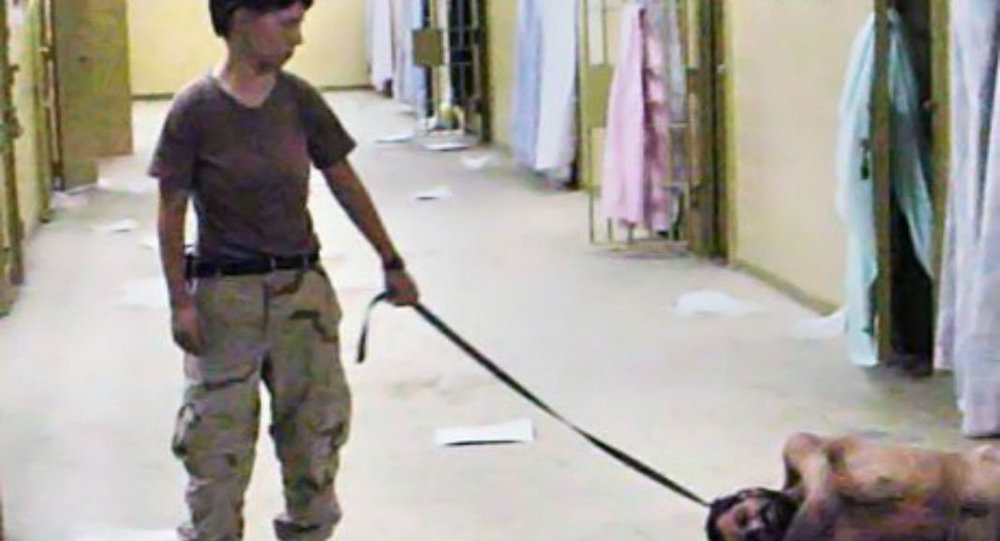 In a shocking twist, it turns out NYPD Deputy Inspector Andrew J. Lombardo, notorious among activists for his harsh treatment and psychological games against demonstrators, was a prison guard at Iraq’s Abu Ghraib prison during the US’ prisoner torture scandal.

The Gothamist outlined their discovery in an in-depth report on Wednesday.

An internal report from Abu Ghraib references an NYPD captain by the name of “Andrew J. Lombardo” of the 310 Brigade 800th Battalion, and a Facebook post from 2011 on the US Army Reserve Facebook page features a photo of Lombardo with the caption:

“Honoring the Legacy of those lost- ‘The events of 9/11 inspired me to try out for & serve as a lieutenant in the NYPD Emergency Service Unit’. Army Reserve CSM & now NYPD Captain Andrew Lombardo is a true ‘Warrior Citizen’- Tomorrow he, & members of the 800th MP BDE will represent the The US Army at the Ground Zero ceremony in NYC.

While Lombardo was not charged with any wrongdoing from his time at the controversial prison in Iraq, expert eyebrows are being raised by the revelation, as the tactics he learned from his time at the torturous prison may have been brought home with him. “Overall, it is not a good idea to put someone who has cut their teeth in the military in a position where they are policing a potentially volatile situation like a protest,” Dr. Peter Kraska, a professor at Eastern Kentucky University and expert on the militarization of police, told Gothamist. “It can cause them to use tactics that are not accepted in democratic policing.”

The Gothamist also went into detail regarding some of Lombardo’s recent protest policing.

Emails obtained by the Intercept showed that the NYPD targeted specific protesters, including a man named Jose LaSalle.

“[LaSalle] is being observed inside Grand Central Terminal,” one email from January 15 states, accompanied by a photo of LaSalle.

Months later, at a protest in New York City marking the anniversary of the death of Mike Brown in August 2014, LaSalle was arrested by Lombardo.

“Backed up by his [Strategic Response Group] guys he came at me, put me in plastic cuffs and set me aside.” LaSalle told the Gothamist. “Then, as he brought me to the vehicle, he told me, ‘I’m going to take you somewhere no one can find you.’”

Despite being arrested directly in front of a precinct, LaSalle was loaded into a vehicle and transported to one of the most northern precincts in New York City, which meant jail support was unable to find him for nearly two hours.

© CC BY 2.0
NYPD Cop Claims He ‘Blacked Out’ When He Shot Innocent Man Six Times

Another activist spoke on Lombardo’s attempts to intimidate her, claiming that he once approached her and asked, “where were you, we were looking for you last week?”

The prison at Abu Ghraib attracted worldwide attention after it was revealed in late 2003 by Amnesty International and the Associated Press that US Army and CIA personnel committed a series of human rights violations there against detainees, including physical and sexual abuse, torture, rape, sodomy and murder.

Lombardo’s attempts to intimidate have been well documented by activists in New York, who say he seems to push the envelope farther than other cops will dare. Revelations about the officer’s past are shedding new light on his reputation.