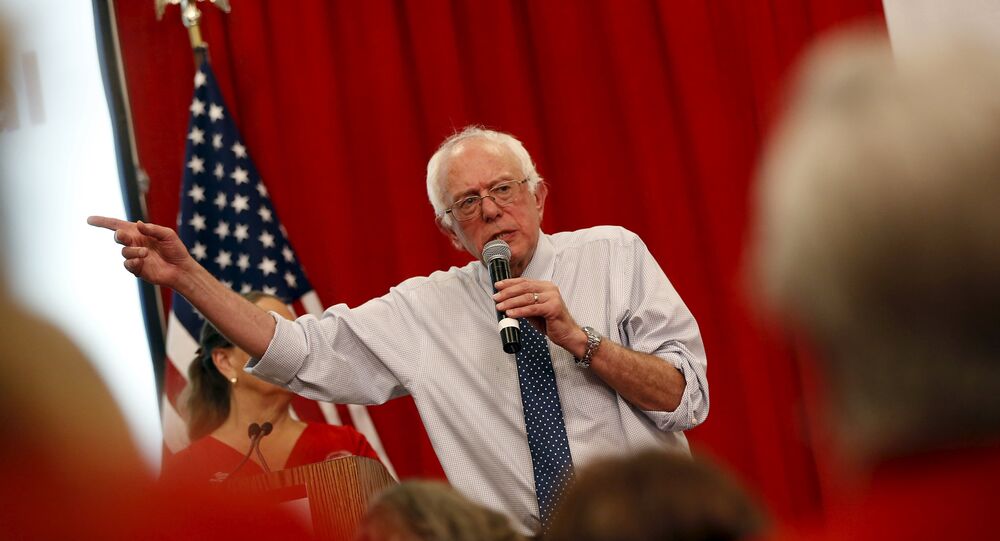 Presidential candidate Senator Bernie Sanders once again attended a picket for fair pay, joining those who work on the Hill as they called for a living wage from those they cook and clean for, in the spotlight of Pope Francis’ historic US visit.

Roughly one thousand service employees from the Smithsonian food court to Capitol Hill, religious leaders, their supporters and families rallied Tuesday morning in anticipation of the Pope’s arrival in Washington. The demonstrators were asking for better wages, treatment, and the right to unionize.

The workers have also penned a letter to Pope Francis, inviting him to meet with them to discuss how they are “trapped in utter poverty” while they cook and clean at the federal buildings.

"We may be invisible to the wealthy and powerful we serve everyday—but we know we are worthy of a more abundant life as children of God," the letter stated. "That’s why we are joining with other low-wage workers across America who are fighting to provide a decent life for ourselves and our families. As you prepare to meet with the Congress and President, we hope that you will also take a little time to meet with us and listen to our stories."

Demonstrators hope the Pope will hear their cries and appeal to US lawmakers to address the issue of income inequality and poverty among those who directly serve them.

“I've worked as a Senate chef for 5 years, but I only make $13 dollars an hour,” James Powell wrote in an op-ed for the Guardian.

“I’m a single father and it’s hard to support my son on a poverty wage. The cost of living in Washington is so expensive that I recently ended up homeless. I lived in an abandoned house for nearly two months. That’s how long it took me to save up enough money to rent a bedroom in an apartment. I often had to skip meals to save money.”

Powell concluded that, "the Pope may be the only person who can broker a bipartisan solution to inequality at the US Capitol and help low-wage workers. That’s why the Pope may be our only hope."

US Authorities Fear Terrorists Could Impersonate Cops Ahead of Pope Visit