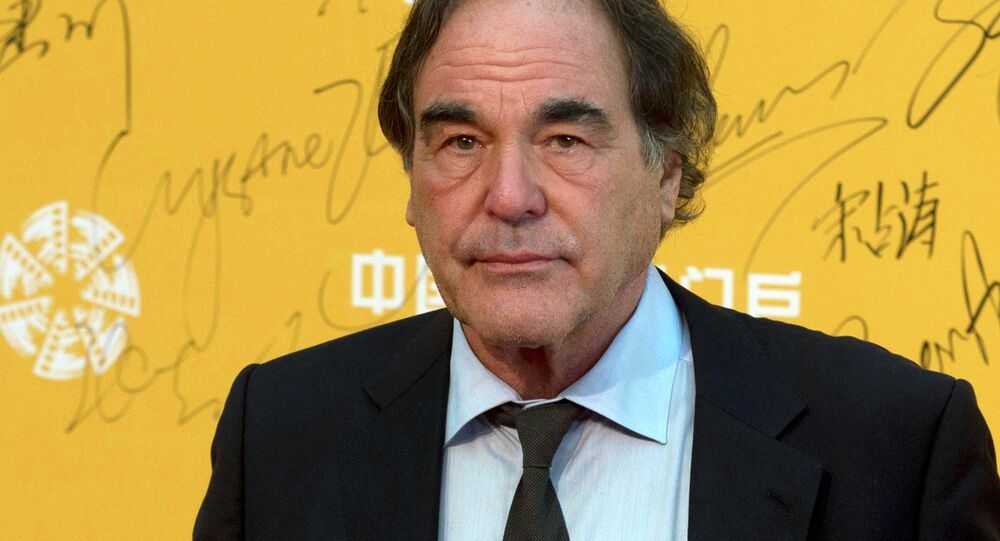 The director has a reputation for making films that rattle the establishment. "JFK," "Wall Street," and "Born on the Fourth of July" all question American dogma. Oliver Stone’s latest venture continues that trend. His new documentary series points out the true history of American exceptionalism, something more dangerous than ISIL.

In 2012, Oliver Stone co-wrote “The Untold History of the United States” with American University professor Peter Kuznick. The book received somewhat mixed reviews. While many hailed its brave unveiling of a history otherwise left untold in American classrooms, others felt threatened by the facts within.

Now that the book has been made into a ten-part documentary series on Showtime, many of those same exaggerated criticisms have been leveled against the authors.

"This Stone-Kuznick film could have been put out in 1955 as Soviet propaganda," CUNY professor Ronald Radosh told the New York Times.

But before taking these criticisms at face value, it’s worth evaluating what Stone’s series says to provoke attempts at discretization.

"We’ve destabilized the entire region, created chaos. And then we blame ISIS for the chaos we have created," Stone said, according to Anti Media.

This is a major focus of both the book and series: a thorough look at the true rationale behind America’s wars in the Middle East. Truths that the mainstream media would rather overlook.

"When I studied the untold history, one thing that really hit me hard was the history of our involvement in the Middle East," Stone told Middle East Eye.

"We create these messes, then we have a grand military plan to solve them," Kuznick added. "And the military solutions just don’t work."

Analyzing US history from the end of World War II right up until the Obama administration, Stone’s documentary attempts to provide an alternative version of events, one that counters the propaganda taught in standard American textbooks.

"American exceptionalism has to be driven out of our curriculums," Stone said, according to Anti Media.

"We’re not under threat. We are the threat."