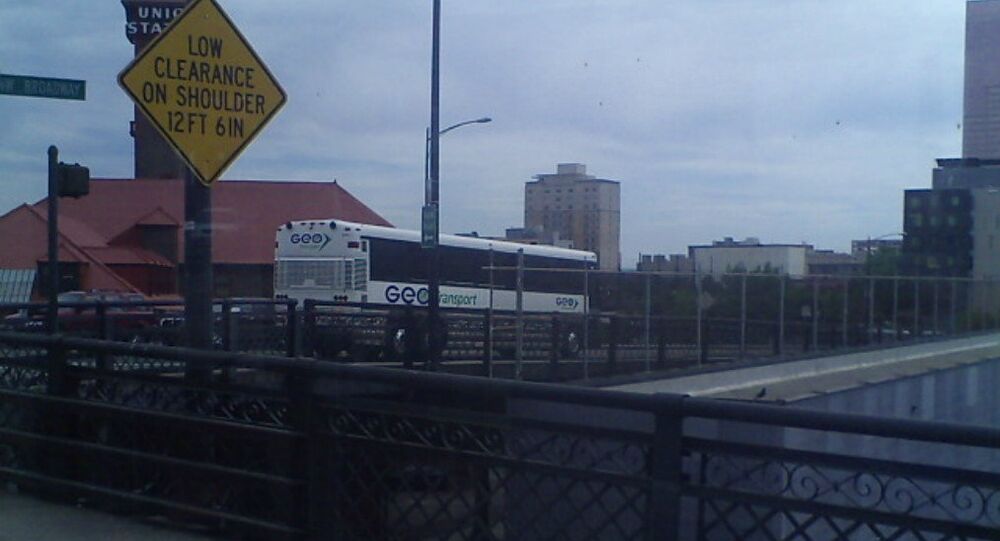 Activists from diverse US advocacy groups protested against deportation of undocumented immigrants from the Northwest Detention Center.

"Up, up with liberation, down, down with deportation," the protesters chanted, a live video of the protest released by the Not1More campaign showed.

The blockade’s participants, including members of the Rising Tide Seattle and the Got Green, chained themselves to protest what they call the "criminalization and scapegoating of immigrants," according to Not1More.

The Northwest Detention Center in Tacoma is a private immigration prison that can house up to 1,000 detainees. A private company, the GEO Group, manages the facility on behalf of the US Immigration and Customs Enforcement (ICE).

© Flickr / Kevin Dooley
Move Over Mexico: China Now Sends Most Immigrants to US
The protest also highlights, Not1More stated on its website, the collaboration between private for-profit detention centers and local police departments.

The advocacy group explained that the ICE regularly pays the GEO Group for a minimum of 800 detained immigrants, even if the actual number of arrested people is less that the "lockup quota."

Not1More added that due to existing arrangement, the ICE feels pressured to keep the detention facility full.

US Detention Center Refuses to Give Water to Immigrants – Detainee Daughter