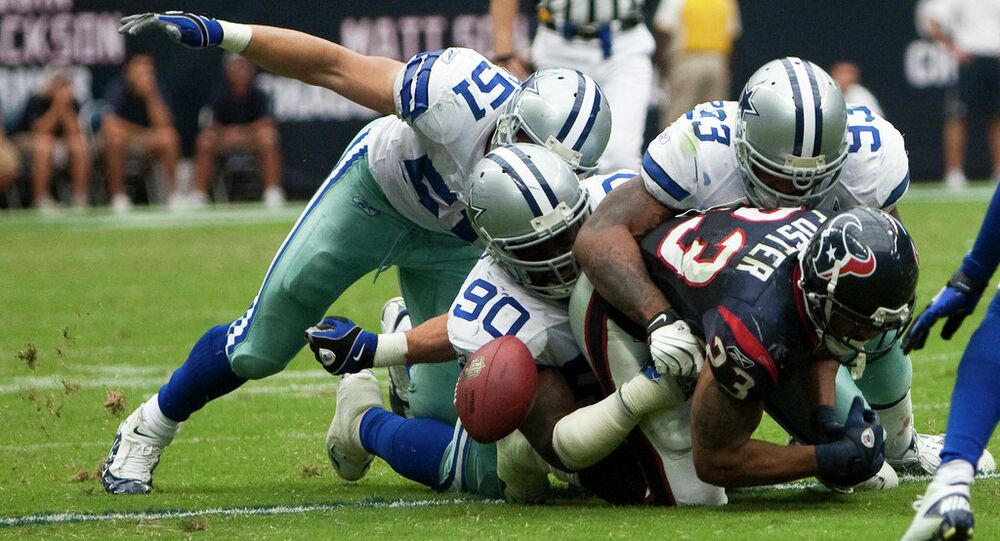 87 out of 91 deceased NFL players have tested positive for a brain disease commonly believed to stem from repetitive head trauma.

Researchers with the Department of Veterans Affairs and Boston University have identified chronic traumatic encephalopathy in 97 percent of NFL players they’ve examined.

About 40 percent of those who tested positive for CTE were defensive or offensive linemen who come into contact with each other during every play of a game – further supporting claims that regular, repetitive trauma to the head poses a higher risk to players than rare, violent impact that leads to concussions, Frontline reports.

“People think that we’re blowing this out of proportion, that this is a very rare disease and that we’re sensationalizing it,” said  Dr. Ann McKee, chief of neuropathology at the VA Boston Healthcare System. “My response is that where I sit, this is a very real disease. We have had no problem identifying it in hundreds of players.”

Still, the findings can be questioned.

CTE can only be confirmed in someone after death, and several players who donated their brains for research thought they had it while alive. This leaves researchers with a very skewed population to work with.

© CC BY 2.0 / mdalmuld
US Man likely Contracted Fatal Brain Disease From Eating UK Beef
Furthermore, the NFL has made proven efforts to reduce the risk of brain damage among its players.

According to its 2015 Health & Safety Report, concussions in regular season games dropped 35 percent during the last two seasons from 173 in 2012 to 112 last season. Frontline’s separate analysis showed a similar 28 percent decrease after factoring in data from preseason and playoffs games.

Still, some accuse the NFL of trying to underscore research linking brain damage to football.

Two weeks ago, a trailer was released for the Will Smith starring film “Concussion,” which tells the story of

Bennet Omalu, who in 2005 published an article in the journal Neurosurgery detailing his discovery of CTE in former Pittsburgh Steelers center Mike Webster. League doctors publically criticized his work and demanded a retraction.

During a 2013 interview with Frontline, Omalu said: “You can’t go against the NFL. They’ll squash you.”