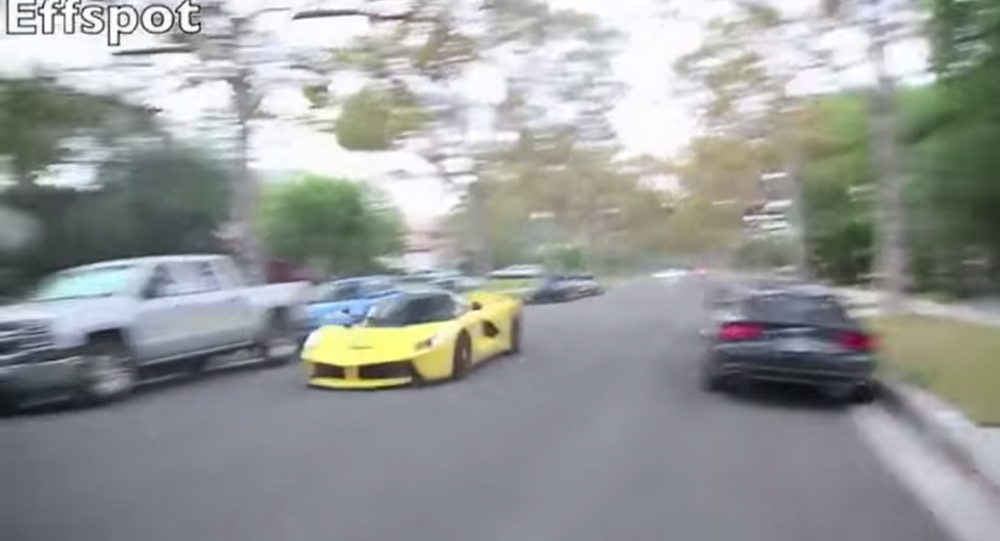 A Qatari Sheik has abruptly left the US after a camera caught his yellow Ferrari racing a white Porsche through the residential streets of Beverly Hills and passing a stop sign.

Investigators were able to connect Sheikh Khalid Hamad Al-Thani to the Ferrari, but they haven’t confirmed him driving the vehicle as faces weren’t clear through the windows of either cars in the video.

The footage ends with the Ferrari’s engine smoking as it pulls into a driveway in the affluent section of Los Angeles.

However, officers were unable to make an arrest or issue citations when they arrived at the scene because they did not see the incident.

Police were considering charging Al-Thani with reckless driving and other offenses before he fled the country.

Lieutenant Lincoln Hoshino, a spokesman for the Beverly Hills police, said the car was not registered with the State Department to be brought into the U.S., and it’s unlikely that the man had diplomatic immunity.

"It's against a federal law for someone to claim diplomatic immunity when they don't have it, so we're looking at that and then we're also looking at the reckless driving," Beverly Hills Police Chief Dominick Rivetti told reporters.

According to the Beverly Hills Police, authorities are considering prosecuting those involved and the Qatari consulate has been contacted.

Al-Thani is known as the “Patron Sheik of drag racing,” according to the Los Angeles Times. Although the Thani family rules Qatar, it is unclear if Al-Thani is a member of the royal family.