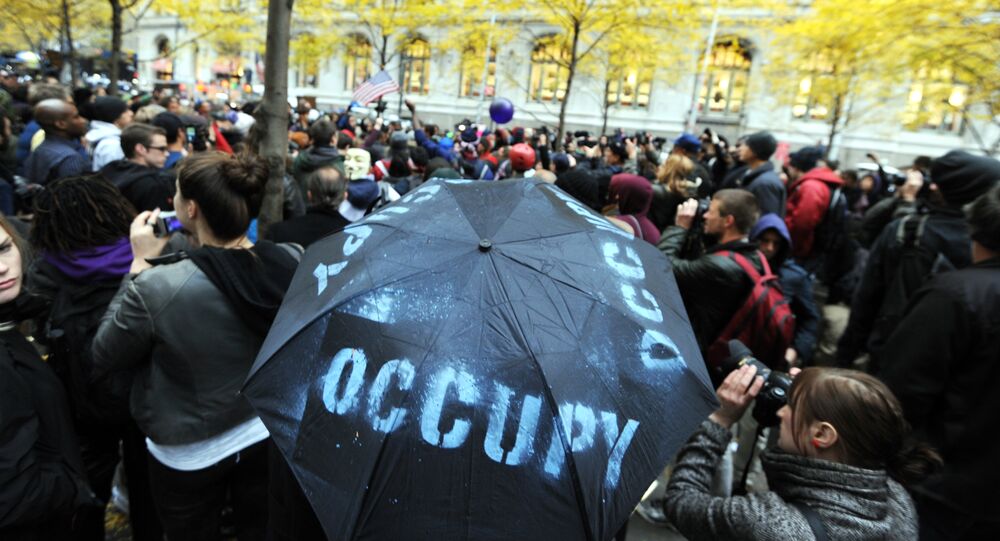 This year’s event coincided with a similar day of action in San Francisco.

MOSCOW (Sputnik) — Occupy Wall Street activists marked the fourth anniversary of the birth of the movement by gathering at Zuccotti Park in downtown New York City, the group said.

Occupy Wall Street is a cultural and social movement initiated in 2011 to offer alternatives to what is seen as the corrosive influences of the current global financial architecture and multinational corporate policy over the democratic process, according to the movement’s website.

© AP Photo / John Minchillo
The Real Revolution: Bernie Sanders Owes His Success to Occupy Wall Street
Four years ago, the movement’s organizers called for economic policy reforms that favor the 99 percent of US citizens over the richest 1 percent, pointing at rising income inequality.

This year’s event coincided with a similar day of action in San Francisco.

Protesters gathering near the San Francisco City Hall called for a so-called Robin Hood Tax, a draft legislation that could generate billions of dollars from the sale of stocks, bonds and derivatives.

One Year On, Whither ‘Occupy Wall Street’?