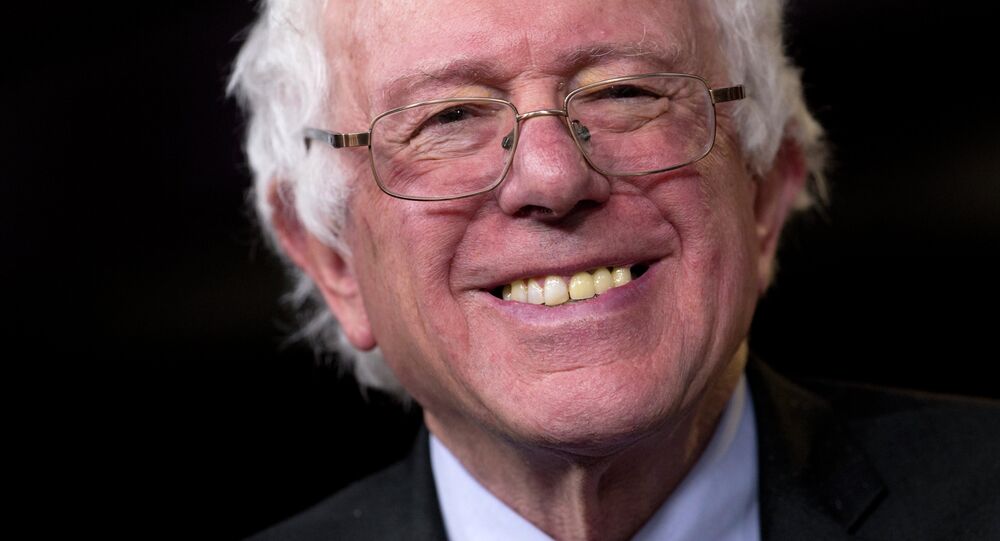 While the Democratic party is under fire for harshly limiting the number of its candidates’ debates, Vermont Senator and 2016 Democratic hopeful Bernie Sanders has taken to social media, to win both of the GOP debates we’ve seen so far instead.

“The evening was really pretty sad. This country and our planet face enormous problems. And the Republican candidates barely touched upon them tonight. And when they did, they were dead wrong on virtually every position they took. The Republican Party cannot be allowed to lead this country. That's why we need a political revolution.”

"It wasn't even close," Brandon Silverman, CEO of CrowdTangle, a company that measures and analyzes social media interactions, told The Hill.

The most shared post from an actual GOP candidate’s page came from Ben Carson’s campaign manager, who received 9,795 shares and 139,338 likes:

© AP Photo / Jacquelyn Martin
Bernie Sanders Continues to Soar in US Polls Despite Mainstream Media Blackout
“Tonight, we accomplished everything we imagined. Dr. Carson showed America a different kind of leader. A leader that understands what you say is important – not how loud you scream it. America responded overwhelmingly. Tonight we gained over 300,000 new Facebook fans. More than Jeb Bush has in total. We gained more Twitter followers than anyone. On top of all of that, we raised over a million dollars in small donations.In every metric that matters, Ben Carson won tonight.

Sanders once again snarkily live-tweeted the debate using the hashtag #DebateWithBernie, with his tweets receiving thousands of retweets, several of which passed 10,000 retweets, and his best surpassing 17,000.

During the debate on August 6, Sanders also sent out the most retweeted tweet of the night when he wrote, "It's over. Not one word about economic inequality, climate change, Citizens United or student debt. That's why the Rs are so out of touch.”

On October 6, Sanders will finally get to take the stage for the first Democratic party debate, when he’ll face off with other contenders for the ticket.  So far, five have announced their candidacy in addition to Sanders: former Secretary of State Hillary Clinton, former Maryland Governor Martin O’Malley, former Rhode Island Governor Lincoln Chafee, former Virginia Senator Jim Webb, and Harvard professor and political activist Lawrence Lessing.