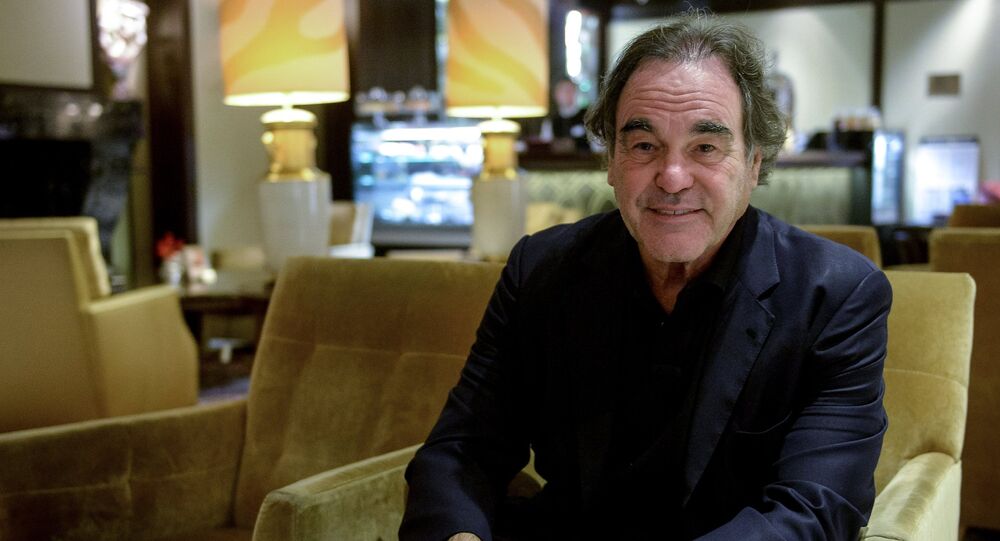 © AP Photo / dpa,Wolfgang Kumm
Oliver Stone to Release Movie Based on First Book in Snowden Trilogy
“I’ve had an interview with Mr. Yanukovych, and now I am going to interview Mr. Putin… Yanukovych is an interesting person. He told me his side of the story and I believe him,” Stone told reporters on Wednesday.

The documentary about the ousted Ukrainian leader is scheduled to hit the screens sometime next year.

“As for Mr. Putin, this will be another documentary,” Oliver Stone said.

In November 2014 Oliver Stone confessed to wanting to direct a documentary about President Putin. He said that he would enjoy interviewing Putin, who “represents a different point of view that Americans don’t hear.”

William Oliver Stone is a world-acclaimed American film director, screenwriter, and producer. Many of his films primarily focus on controversial American political issues of the late 20th century.

Oliver Stone made a series of documentaries about US Presidents John Kennedy, Richard Nixon and George W. Bush.