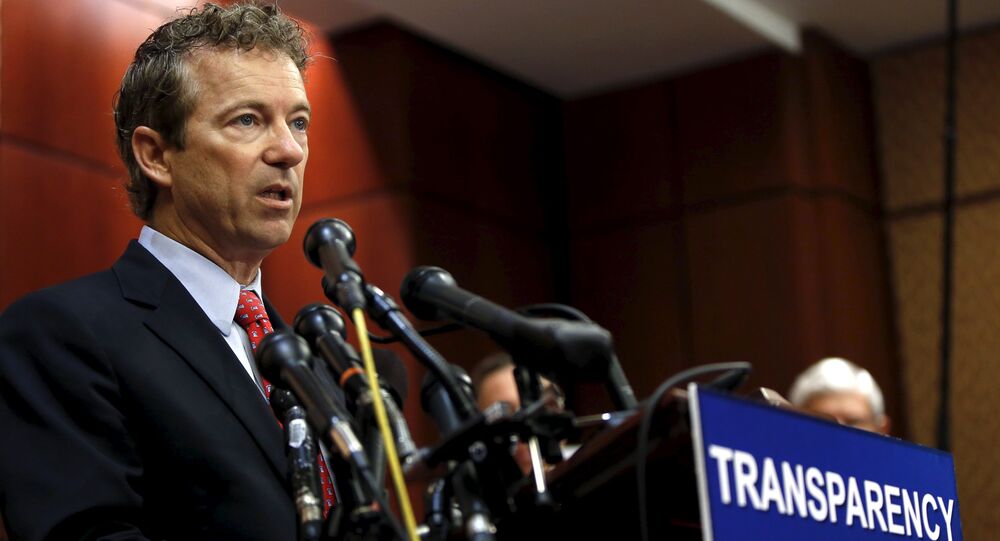 US Should be Engaged With Russia, Iran - Presidential Hopeful Rand Paul

Senator Rand Paul, a candidate for the Republican nomination at the upcoming presidential election, claimed the US needs to be engaged with both Russia and Iran during the second Grand Old Party (GOP) debate.

WASHINGTON (Sputnik) – US Republican presidential candidate Senator Rand Paul told his party’s nationally televised debate that he wanted to continue talking to both Russia and Iran if he was elected.

"We do need to be engaged with Russia. We do need to talk," he told the second Republican leadership debate held at the Ronald Reagan Presidential Library in Simi Valley California on Wednesday night. "Should we continue to talk to Iran? Yes."

© AP Photo / Charlie Neibergall
US Presidential Hopeful Fiorina Promises to Rule Out Talking With Russia
Paul, who has been struggling in the polls among Republican voters, was the most outspoken of the 11 candidates in opposing sending US forces back into renewed wars in the Middle East.

"There will always be a Bush or Clinton for you if you want to go to war in Iraq," Paul told the debate.

However, the forces fighting to oppose the radical Islamic State (IS) group in Iraq and Syria had to be drawn from the countries they threatened, he continued.

"The boots on the ground need to be the people who live there," the Kentucky Senator said.

On the issue of US relations with China, Paul again recommended continued dialogue arguing that the United States did not need to be rash or reckless.

Hey Trump! You Can Delete All the Tweets You Want, But We’ll #NeverForget