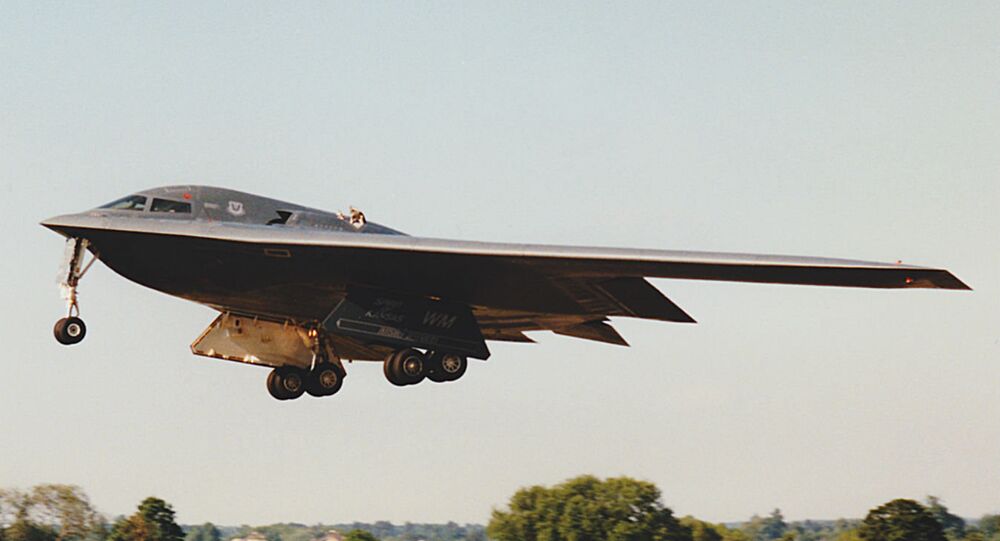 After the embarrassingly high cost of developing the F-35 Joint Strike Fighter, the Pentagon has promised to be more upfront about the price of developing its next-generation bomber. And yet, official numbers have not been released, with officials, saying they’d "rather wait."

Costing nearly $400 billion, the development of the F-35 was mired in setbacks. And even after grappling with major engine problems, cybersecurity concerns, and basic flight vulnerabilities, the Pentagon isn’t even sure if the aircraft will be worthwhile as the military shifts its focus to unmanned vehicles.

But whereas some might have learned their lesson, Washington is pushing forward with yet another expensive aircraft development program: the top secret next-generation Long Range Strike Bomber.

In the interest of transparency, Pentagon officials have pledged to disclose the expected costs. Just…not yet.

"We intend to provide that information, we’re not trying to hide it, it’s just that I would rather wait – and I think we’d all rather wait – until after we get the source selection done," William LaPlante, assistant secretary of the Air Force for acquisition, told reporters on Tuesday.

"We don’t expect anybody just to believe us at face value."

The military is reportedly waiting to decide who will be awarded the development contract. With the new aircraft slated to replace the B-2 bombers, the contract may go to Northrop Grumman, which designed the aging Spirit. But the Pentagon is also considering a joint team of Boeing and Lockheed Martin.

Both teams have already presented prototype designs focusing on stealth capabilities, but still need to integrate modern technologies. While the program is in the early stages and remains highly classified, experts have speculated that the Air Force may be interested in incorporating electronic attack elements, nuclear payload capabilities, and could potentially be optionally manned.

Until these details are hashed out, the Pentagon has remained hesitant to disclose cost estimates.

Despite the Pentagon’s secrecy, estimates have still emerged, with some defense experts predicting that the contract could be worth as much as $80 billion. While that’s almost a quarter of the cost of the F-35 program, it’s worth noting that the joint fighter development started with a significantly lower price tag than the eventual $400 billion it ultimately reached.

© Wikipedia / Mark Schierbecker
Does US Air Force Really Know How Many Strategic Bombers It Needs?

The Air Force also seems undecided on just how many bombers it would need to purchase.

"My belief quite frankly is 80 to 100 aircraft are not going to be enough to replace the B-1 and B-52 fleet, even though it’s capability against the target set will be greater," Lieutenant General Robert J. Elder told the US House Armed Services Committee earlier this month.

Air Force officials have indicated that the military will decide between competing companies “soon,” but have given no indication of when, exactly, the contract will be awarded.