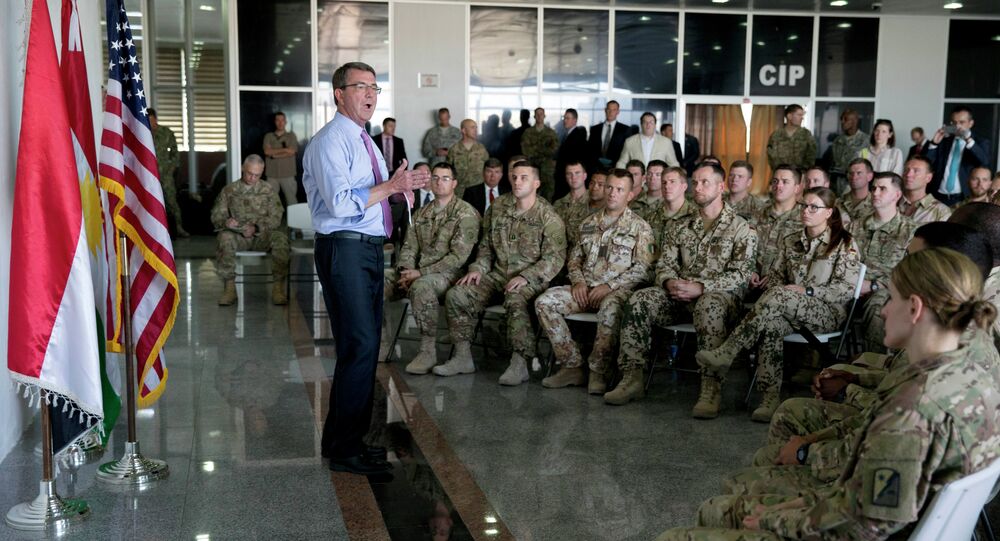 US Private Mercenaries' Use Pose Threat to Democratic Accountability

A former US contractor said that the increasing use of private mercenaries by the United States could jeopardize the democratic accountability of armed forces as the DoD reports say the recent number of private contractors in wars outweights those wearing US uniform.

WASHINGTON (Sputnik), Leandra Bernstein — The increasing use of private mercenary forces by the United States could pose a threat to the democratic accountability of armed forces, author and former private military contractor Sean McFate told Sputnik.

"Many have argued correctly, I think, that the private military industry demonstrates a lack of democratic accountability of military forces," McFate said on Monday.

If the trend continues toward increasing use of private mercenaries, "it would pose a serious challenge to democratic accountability," McFate added.

According to the Department of Defense, the US use of private contractors in war during the last decade matched or outnumbered uniformed US troops.

The US Defense Department currently spends more than 50 percent of its annual budget on contractors.

During a Monday discussion at the Institute for World Politics, McFate noted that the rise of private mercenaries used in conflict is creating a "neo-medievalism."

He warned that "anyone who has wealth, who can afford war, can wage it for any reason they want," comparing the system to the order during the Middle Ages in Europe.

In the wars in Iraq and Afghanistan, the US Defense Department relied primarily on non-lethal contractors to tend to logistical duties, although between 10 and 12 percent of the total number of contractors were authorized for lethal combat roles.