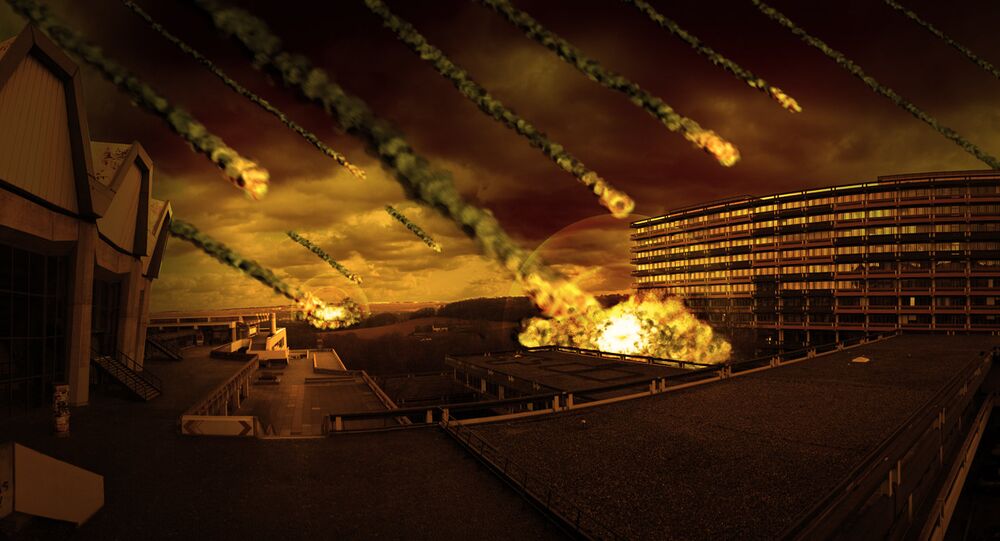 Utah Mormons Are Stocking Up, Expecting Doomsday in September

Many in Utah are citing biblical prophesies, the economy, world politics and astronomical events as signs that doomsday is near – maybe this very month – and they are preparing accordingly.

These co-called "preppers" are buying up food-storage kits, flashlights, blankets and tents.

At a store that sells mostly freeze-dried food, sales have risen by "500% or more in the past couple of months," customer-service representative Ricardo Aranda told the Salt Lake Tribune.

"There is a sense of urgency, like something is up. A lot of people are mentioning things about September, like a financial collapse."

Sales of underground bunkers are booming, too.

"You can't blame them for wanting to make sure that, no matter what happens, they're going to be able to take care of their family," Bill Tarbox, a foreman at Ultimate Bunkers, told Fox 13 Utah.

Some preppers believe that history is divided into seven-year periods. The year 2001 brought the 9/11 terrorist attacks, while the world financial collapse occurred in 2008.

Seven years later, and people are predicting another, even larger financial crisis. Others are saying September 28 will see a full, red or "blood moon" or a devastating earthquake.

Some of the panic stems from the books of Mormon author Julie Rowe, who wrote "A Greater Tomorrow: My Journey Beyond the Veil," and "The Time Is Now." In the books, Rowe describes a "near-death experience" in which she visits the afterlife and sees apocalyptic visions of the future.

Rowe's books are so popular that the Church of Jesus Christ of Latter-day Saints had to tell its educators that the literature is not endorsed by the church and should not be used as a teaching resource.