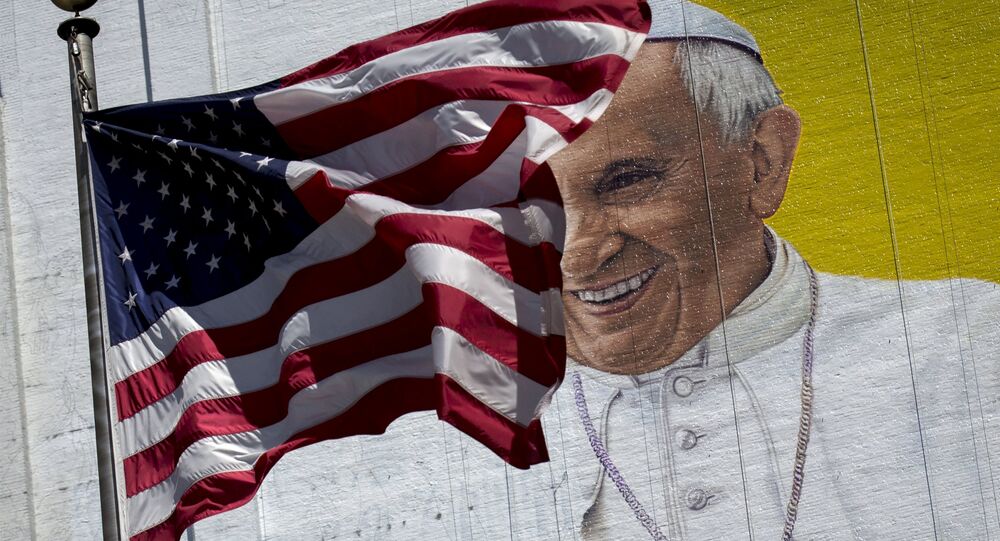 New York Police Department claims that the largest security challenge the city will have later in September comes with Pope Francis’ visit and the United Nations General Assembly gathering.

"We believe that this event is going to be the largest security challenge the Department and the City has ever faced in that in addition to the Pope, we’ll have 170 confirmed world leaders in this city during the period of time of the General Assembly," Bratton said in a press conference.

Bratton added that more than 50 agencies are involved in preparing for the Pope’s visit, which include the US Secret Service, Coast Guard, Department of Homeland Security, Federal Emergency Management Agency and the Federal Bureau of Investigation.

"We are very confident that working with our federal colleagues and under their overall direction we will have a safe event for all those who are coming," Bratton said.

To assure Pope Francis’ safety, the NYPD will be deploying various security apparatuses across the city, including additional surveillance equipment and radiation detecting equipment.

© AFP 2020 / FILIPPO MONTEFORTE
Pope Francis’s Popularity in US Dives Ahead of September Visit - Poll
Furthermore, airspace restrictions will be established, while an enhanced security presence will be maintained on the waterways around New York.

Pope Francis is scheduled to visit the United States on September 22-27, his first papal visit to the country.

The pontiff will first address a joint session of the US Congress and will meet with President Barack Obama at the White House in Washington, DC.

During his New York visit, the Pope will give a speech at the UN General Assembly, and will conduct a multi-religious service at the September 11 Memorial and Museum to honor the individuals killed in the 2001 terrorist attacks against the United States.

White Supremacists Call for Pope’s Assassination During US Visit