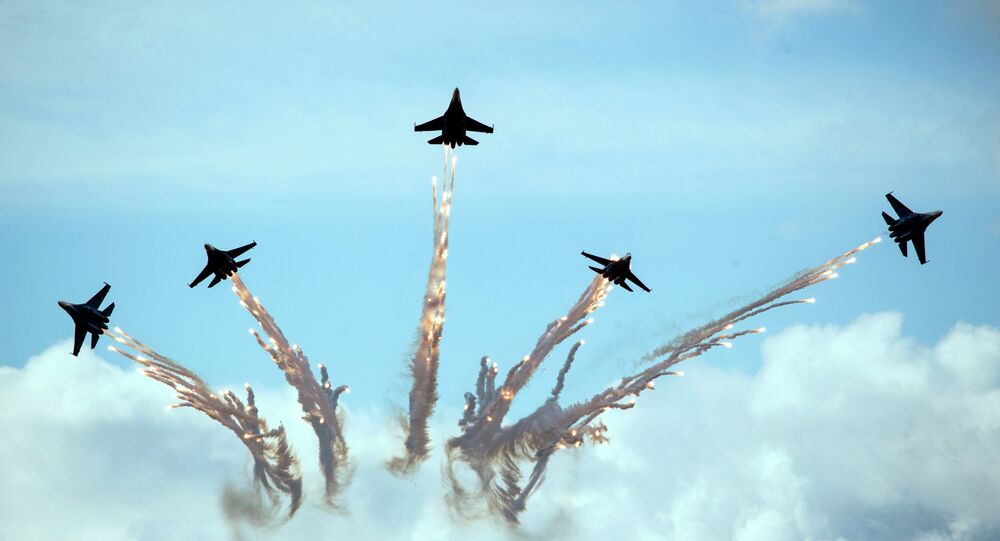 Whether fact or fiction, the US has long believed itself to have the advantage in air combat. But new advances in Russian radar and missile technology have the US military admitting that its assumed superiority is dwindling, with one commander confessing "they’ve closed the gap."

"The advantage that we had from the air I can honestly say is shrinking," Gen. Frank Gorenc, commander of US Air Forces in Europe, said during the Air Force Association Air and Space Conference on Monday, according to Breaking Defense.

"Not only with respect to the aircraft that they’re producing, but the more alarming thing is their ability to create anti-access/area denied [zones] that are very well defended."

Gorenc’s admission may come a surprise for a military that has spent the last few years bragging about the development of the F-35, the nearly $400 billion fighter barely capable of surviving a dogfight against the 18-year-old F-22.

But with the improved “quality and quantity” of the Russian military, the commander has been forced to face modern realities.

"It’s one thing to address an aircraft threat which has increased significantly – which by the way it has – but clearly surface to air missile systems are much cheaper, they’re much more available," he said. "There’s clearly a whole set of modern long-range surface-to-air missile systems that are being layered in a way that makes access into that area more difficult."

In particular, the general references ground-based missile installations in Kaliningrad, which pose a considerable challenge to the Pentagon’s airpower in Europe.

"Up to this point, we have talked about anti-access/area denial with respect to the Pacific problem, but what I’m telling you is this is not just a Pacific problem," he said. "It’s as significant in Europe as it is anywhere else on the planet."

This fear of Russian air defenses can partially explain the Pentagon’s push for state-of-the-art stealth aircraft. The F-35 was designed with stealth capabilities in mind, and the US Air Force is currently assessing proposals for a new Long Range Strike Bomber which focuses a high priority on evading detection.

The problem is that both of these aircraft have cost US taxpayers billions. Repair of major design flaws in the F-35 led costs of that project to skyrocket. The Air Force has already set aside $58.2 billion for the development of the next generation bomber, but that cost could balloon, as well.

The need for stealth could also explain the recent sightings of the retired F-117 in the skies over Nevada. Used to bomb Yugoslavia in 1999, the Nighthawk stealth fighters were officially retired in 2008, but a number of F-117s have been spotted conducted flight tests over the desert.

"We’re going to have to extend the training that we do to allow for access into areas that are very well defended," Gorenc said.

The commander also suggests developing new tactics, techniques, and procedures, known as TTPs. He also suggested that NATO reconfigure its airbase postings, spreading aircraft among a large number of facilities to avoid bombardment.

"It’s pretty clear we’re going to have go back and start exercising some of the same stuff we used to do in the Cold War," he added.