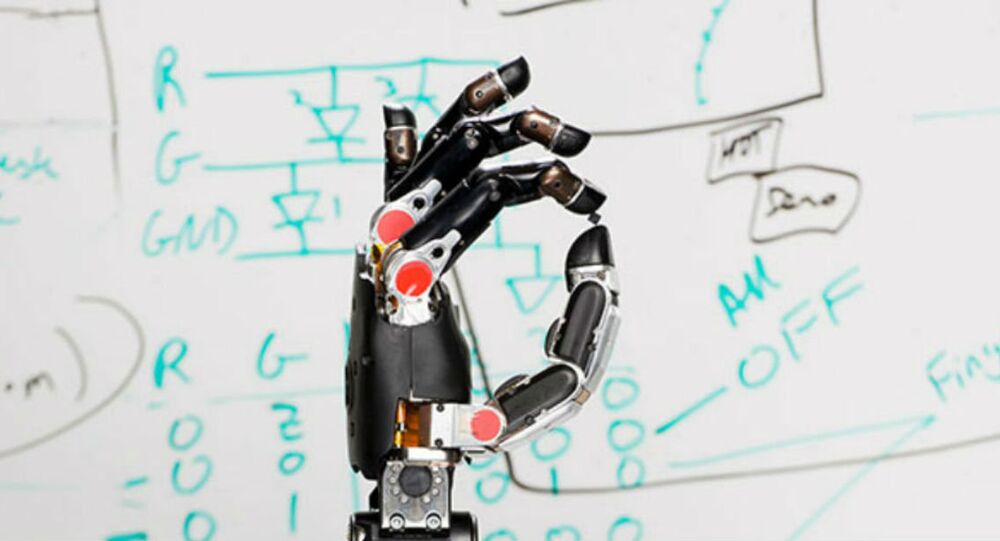 The Defense Advanced Research Projects Agency (DARPA), the Pentagon's research and development agency, said it has restored a paralyzed man's sense of touch using a prosthetic hand that can communicate with the brain.

The test subject, a 28-year-old identified only as "Nathan," has been paralyzed since suffering a spinal cord injury more than ten years ago.

Researchers implanted electrodes in the man's sensory cortex – the part of the brain that identifies touch – and connected them to pressure sensors on a prosthetic hand, with electrical signals sent from the hand to the brain, the Verge reported.

When blindfolded, the subject was able to tell "with almost 100 percent accuracy" which of the mechanical fingers on the hand were being touched.

"Nathan was able to sense and feel what the robotic hand was touching using only his brain," said Justin Sanchez, head of DARPA's Revolutionizing Prosthetics program. "It makes the hair on the back of my neck stand up. It's amazing we can do this today."

"At one point, instead of pressing one finger, the team decided to press two without telling him," Sanchez continued. "He responded in jest asking whether somebody was trying to play a trick on him. That is when we knew that the feelings he was perceiving through the robotic hand were near-natural."

The prosthetic hand was developed by the Applied Physics Laboratory at Johns Hopkins University.

According to DARPA, its research marks a first in the world of prosthetics, but the full extent of their work is not yet clear. It is currently awaiting peer review and acceptance for publication in a scientific journal.

DARPA researchers say they're confident they have made major strides toward the "seamless bio-technological restoration of near-natural function" in prosthetic limbs.

"Prosthetic limbs that can be controlled by thoughts are showing great promise, but without feedback from signals traveling back to the brain, it can be difficult to achieve the level of control needed to perform precise movements," said Sanchez. "We've completed the circuit."