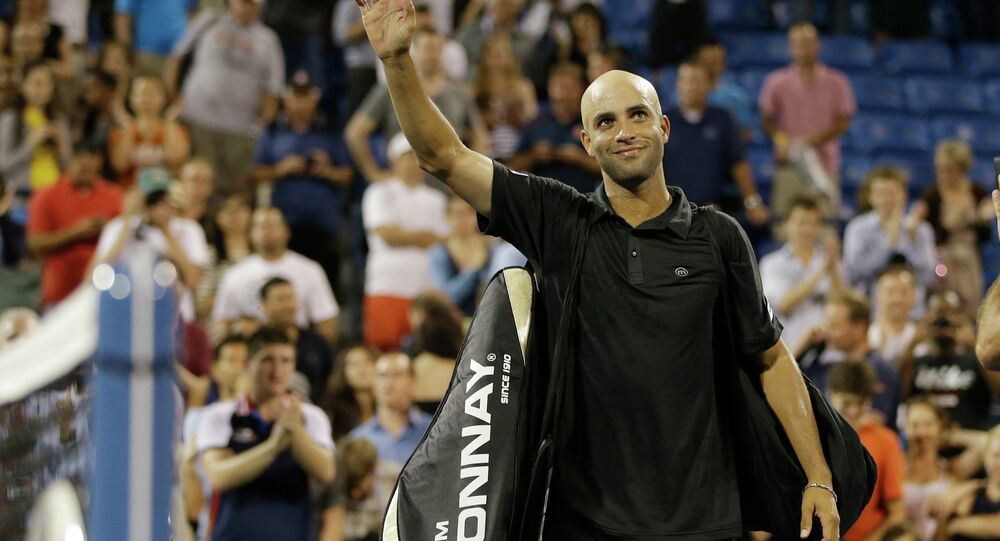 The New York Police Department (NYPD) has released video of a plainclothes police officer slamming tennis star James Blake to the ground and handcuffing him after he was mistakenly identified as a suspect in an identity theft ring.

Blake, a 35-year old African-American former tennis player who was once ranked as fourth in the world, was waiting outside his Midtown Manhattan hotel on Wednesday when the officer charged him and slammed him against the sidewalk in broad daylight.  The tennis star was surrounded by five other police officers and handcuffed for fifteen minutes before they realized they had detained the wrong man.

The incident, which comes at a time of heated nationwide dialogue on racism and justice, has reignited concerns over police brutality. Blake, who decided to go public with the incident after discussing it with his wife, said he was frustrated by the unnecessary force used against him by the police officer.

On Thursday, New York City Police Commissioner William Bratton said in a press conference that he would like to extend his apology to Blake, and added that he was concerned about the "takedown," noting that after the department’s initial review of the footage, they had determined that the use of force was inappropriate.

The commissioner also said that he believed that incident was not racially motivated, claiming that Blake did resemble a suspect in an identity theft ring operating in the area, and that a witness had mistakenly identified the former tennis player as the suspect, leading to his arrest.

Blake, who said he fully cooperated with the police officers involved in his arrest, noted that anyone else who didn’t share his celebrity status would likely have had a more troubling experience with the police.

Blake reiterated this concern in a recent statement:

"When this incident was reported in the news media, Mayor de Blasio and Commissioner Bratton both called me to extend their personal apologies, and I greatly appreciate those gestures," he said in the statement. "But extending courtesy to a public figure mistreated by the police is not enough. As I told the Commissioner, I am determined to use my voice to turn this  unfortunate incident into a catalyst for change in the relationship between the police and the public they serve.

"For that reason, I am calling upon the City of New York to make a significant financial commitment to improving that relationship, particularly in those neighborhoods where incidents of the type I experienced occur all too frequently. The Commissioner has agreed to meet with my representatives and me to discuss our ideas in that regard, and we very much look forward to that meeting."