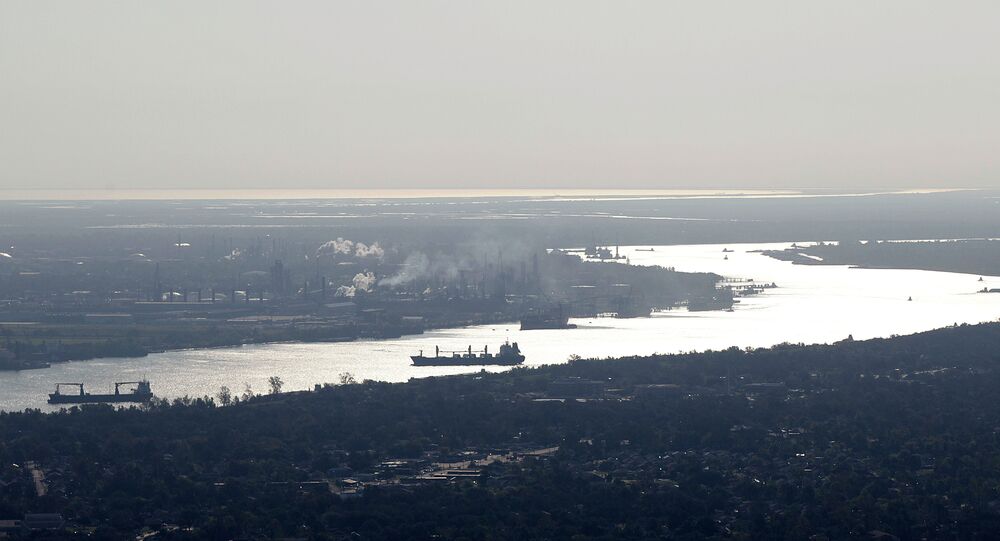 Obama to Offer 40Mln Acres Off US Coast for Oil, Gas Exploration

The Bureau of Ocean Energy Management announced that the Obama administration plans to lease 40 million acres off of the US states of Louisiana, Mississippi and Alabama for oil and gas exploration.

WASHINGTON (Sputnik) — The Obama administration plans to lease 40 million acres off of the US states of Louisiana, Mississippi and Alabama for oil and gas exploration as well as all other unleased areas in the Central and Eastern Gulf of Mexico, the Bureau of Ocean Energy Management (BOEM) announced in a statement on Friday.

"As one of the most productive basins in the world, the Gulf of Mexico is a cornerstone of our domestic energy portfolio, offering vital oil and gas resources that further economic growth and continue to reduce our dependence on foreign oil," BOEM Director Abigail Ross Hopper said.

She explained that the lease sale is "another important step in promoting responsible domestic energy production through the safe, environmentally sound development of the Nation’s offshore energy resources, while ensuring a fair return to the American people."

The proposed Eastern Planning Area (EPA) lease sale 226 will offer will produce about 71 million barrels of oil and 162 billion cubic feet of natural gas, according to BOEM. The sale would include 175 blocks and cover 595,475 acres.

The CPA Sale 241 and EPA Sale 226 are scheduled to take place in March 2016 in New Orleans. They would be ninth and tenth offshore sales under the Obama administration’s Outer Continental Shelf Oil and Gas Leasing Program for 2012-2017.

The next sale, BOEM also predicts, will grow to offer more than 60 million acres and a net worth of some $3 billion for US taxpayers.