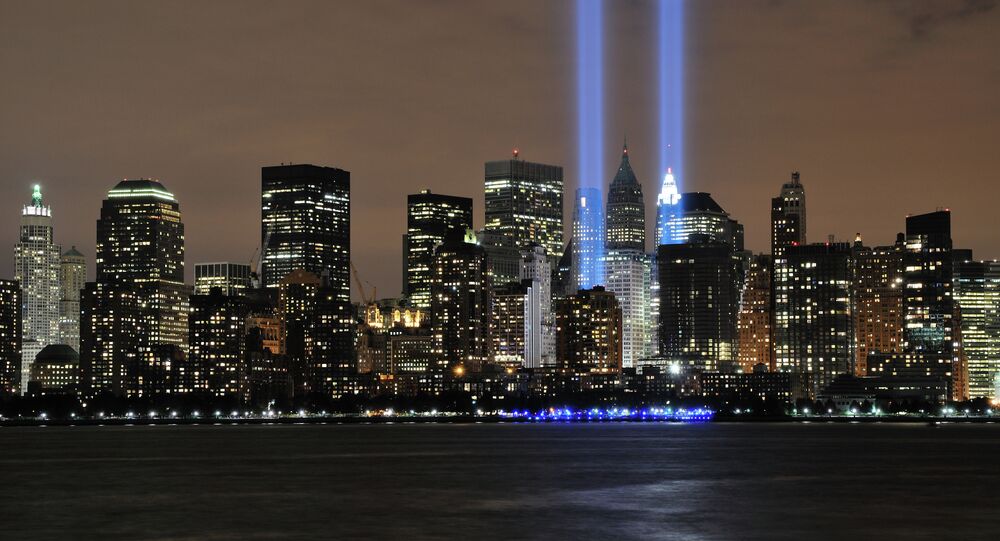 A ceremony commemorating the 14th anniversary 9/11 attacks will take place at the World Trade Center site.

NEW YORK (Sputnik), Vasili Sushko – A ceremony commemorating the 14th anniversary of the September 11 terrorist attacks will take place at the World Trade Center site in lower Manhattan on Friday, a spokesperson for the National September 11 Memorial said in a statement.

"The National September 11 Memorial and Museum will observe the 14th anniversary of September 11 by remembering and honoring the 2,983 men, women and children killed in the attacks at the World Trade Center site, the Pentagon, aboard Flight 93, and those who died in the February 26, 1993 WTC bombing," the statement said.

© AP Photo / Gene Boyars
9/11 First Responder Says Thoughts, Emotions to Stay Forever
The commemoration is reserved only for the family members of the victims of the 2001 and 1993 attacks and will involve the reading of all 2,983 victims’ names.

The ceremony will include pauses for minutes of silence marking the time that each of the two planes hit the towers, and then twice again to mark the time when each tower collapsed and once for each attack on the Pentagon and on Flight 93.

An honor guard made up of individuals representing the New York City Fire Department and various law enforcement agencies will participate in the ceremony as well.

On September 11, 2001, the Islamic terrorist group al-Qaeda launched a series of coordinated terrorist attacks upon the United States. Terrorists hijacked four passenger planes; two of them were crashed into the North and South towers of the World Trade Center complex in New York City. A third plane was flown into the Pentagon, while a fourth airliner was targeting Washington, D.C. but crashed into a field in Pennsylvania.