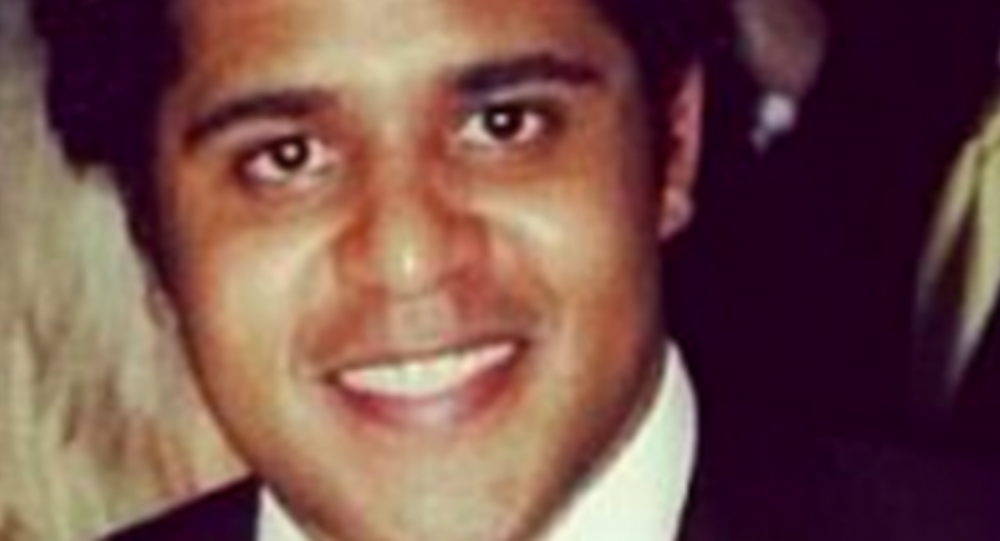 A Texas man shot by police in the one place someone suffering from a mental crisis should always be safe - the psychiatric ward of a hospital - was arraigned on Wednesday for the incident.

On August 26, Alan Christopher Pean, 26, checked himself into St. Joseph’s Medical Center in Houston for “intense anxiety” and “general disorientation.”

The biology student with no history of violence would be shot in the chest by an off-duty cop working hospital security the following day, just minutes after he had been cleared for release.

The department claims that Officers O. Ortega and R. Law, who were both moonlighting at the hospital, were called by nurses to come help subdue a combative patient.  Upon their arrival, Pean would continue to refuse to comply.

“The patient suddenly physically assaulted Officer Ortega, striking him in the head, causing a laceration,” the Houston Police Department wrote in a statement.  “At that time, Officer Law deployed his conducted energy device, which had no apparent effect on the suspect who continued to assault the officers.  Officer Ortega, fearing for his and his partner’s safety, then discharged his duty weapon, striking the suspect one time.”

The bullet luckily missed Pean’s vital organs, and he was moved to the emergency room for treatment.

The medical community is outraged over the incident as well as the subsequent handling of it by the authorities, describing it as a total failure to the patient.

They even started a petition titled, “Collective Statement from Healthcare Professionals,” which currently has over 3,000 signatures.

In the lengthy open letter included with the petition, doctors state that as medical professionals they cannot remain silent on the failures and injustice during Pean’s care.

YouTube/Snapshot
Video Shows Dallas Police Shooting Mentally Ill Man
Despite the officer being off-duty at the time of the shooting, Pean was charged with two counts of aggravated assault against a public servant and his bail was set at $60,000, which his family posted.

In a post to Facebook, Pean vowed to fight to ensure that people seeking medical attention will be kept safe in the future.

“So I will fight until I know every person seeking medical help will have his or her right to pursue a better life protected. Keep guns out of places of healing. Help stop this madness, and let’s make our society a better place. Where love and understanding falters, confusion and hate breeds.”