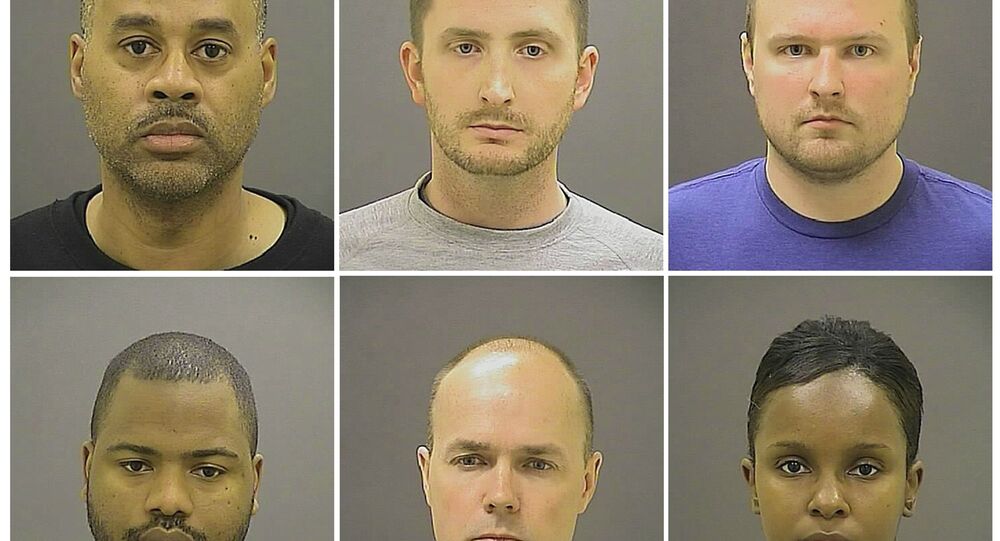 A Baltimore judge ruled on Thursday that the six trials for the officers involved in the death of Freddie Gray will be held in Baltimore, at least for now.

As the city braced for another round of riots, lawyers for the officers pulled out all the stops in an attempt to get their trials moved outside of the city.  The lawyer who spoke on behalf of all the charged cops even compared his own clients to a universally reviled domestic terrorist who killed 168 people in one of the most heinous acts ever carried out on US soil.

In a jaw dropping comparison, the defense likened the “Baltimore Six” to Timothy McVeigh — and Baltimore to Oklahoma City following McVeigh’s attack on the Alfred P. Murrah Federal Building in 1995.  The defense argued that even people who think they are unbiased were likely affected by Gray’s death and the civil uprising that followed.

The prosecution countered that the Boston Bombing trial was held in Boston, and the Montgomery County sniper case was tried in Montgomery County.  They noted that while the hunt for the sniper was on, residents lived in fear of leaving their homes for over 20 days, compared to the five or six-day duration of the uprising for Gray.

The defense also spent significant time attacking State Prosecutor Marilyn Mosby for her statements to the public, that she heard protesters’ calls for “no justice, no peace.”

“If Marilyn Mosby, who was elected, felt the pressure [to press charges], how can we assume a juror wouldn’t do the same?” Attorney Ivan Bates, who argued on behalf of all six officers, asked.

Bates also noted that Mayor Stephanie Rawlings-Blake agreed to a 6.4 million settlement with the Gray family, which may give jurors — also taxpayers who cover the settlement — the impression that the city has ruled on the officers’ guilt.

The settlement implies that "these officers are guilty, and if they are not guilty, why are we paying them $6.4 million?"

Ultimately, the judge sided with the prosecution, which argued that it would be insulting to the citizenry of Baltimore — and its diverse population of around 600,000 people, over 276,000 of whom are eligible for jury selection per the defense’s estimation — to assume that none of them are capable of performing their duties on a jury.

The court hearings come nearly four months after Gray died on April 19, of spinal cord injuries that he sustained in police custody.

Following Gray’s death, riots swept through Baltimore during which the authorities declared a curfew and deployed the Maryland National Guard. Police arrested more than 250 people during the week of unrest.

In May, a grand jury indicted the six Baltimore police officers, and they now face charges on counts of depraved-heart murder, assault, manslaughter, false imprisonment and misconduct in office.

Following the announcement, the protest outside erupted with cheers and celebration.

One arrest had been made earlier in the afternoon for failure to comply.

The officer’s trials are tentatively scheduled to begin October 13.  If they are postponed, they will not begin until 60 days later, in December.