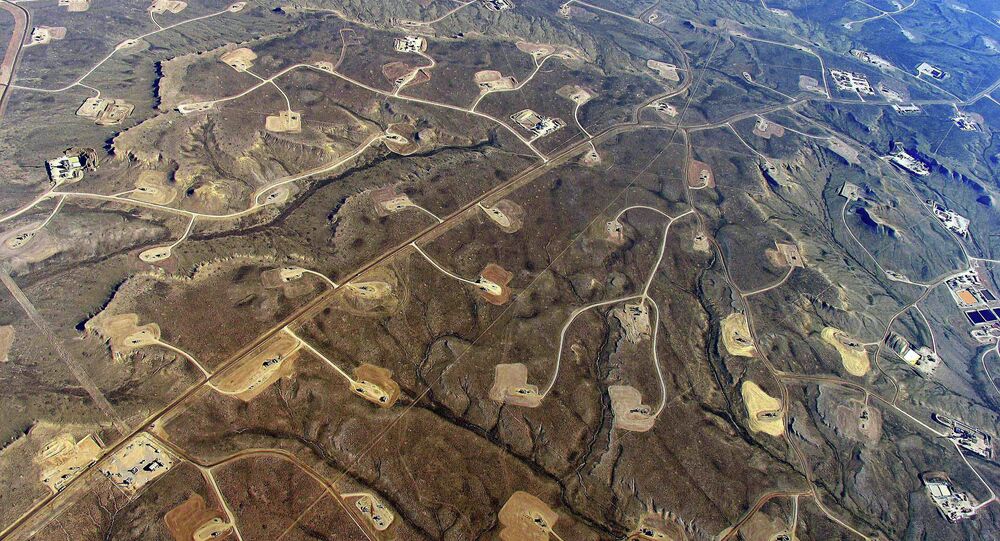 A fresh investigation by the Associated Press revealed more than 180 million gallons of liquid waste fracking byproduct were spilled in the US between 2009 and 2014, resulting in poisoned drinking water and tainted agricultural land.

As environmental and anti-fracking activists have long predicted, the extraction of fossil fuels by fracking — the process of injecting a high-pressure mixture of water and chemicals deep underground to release natural gas trapped in shale rock — has resulted in numerous incidents including ruptured pipes and overflowing storage tanks, which caused toxic wastewater to enter the environment, threatening harm to plant, animal and human life.

© Flickr / Phoenix Law
US Fracking Well Operator Indicted for Alleged Water Pollution Cover-Up
One incident alone in North Dakota in 2006 involved the spillage of 1 million gallons of liquid waste that caused a massive die-off of fish, turtles and plants in the Yellowstone River and its tributaries. In another case, poisonous brine from fracking operations seeped into Montana's Fort Peck Indian Reservation for decades and ended up polluting a river, private wells, and the municipal water system.

The investigation exposed a number of other cases just as damaging, to emphasize the scale of the problem. And experts stress that wastewater spills can be more harmful than oil spills, because it is harder to get them thoroughly cleaned up.

"A big reason why there are so many spills is the sheer volume of wastewater [produced]," the analysis reads, citing data provided by an organization of state groundwater agencies, which states that liquid wastewater produced in the US adds up to be about 10 barrels for every one barrel of oil, or more than 840 billion gallons a year.

What's more alarming is that the volume of spilled toxic byproduct grows every year, polluting more and more land and waterways.

The analysis found a total of 21,651 individual spills reported in the states of Texas, North Dakota, California, Alaska, Colorado, New Mexico, Oklahoma, Wyoming, Kansas, Utah, and Montana between 2009 and 2014.

The actual number is likely much higher, AP notes, as incidents often go undocumented, and those in major fossil fuel producing states Louisiana and Pennsylvania went unaccounted for as local oil and gas producers failed to provide data.