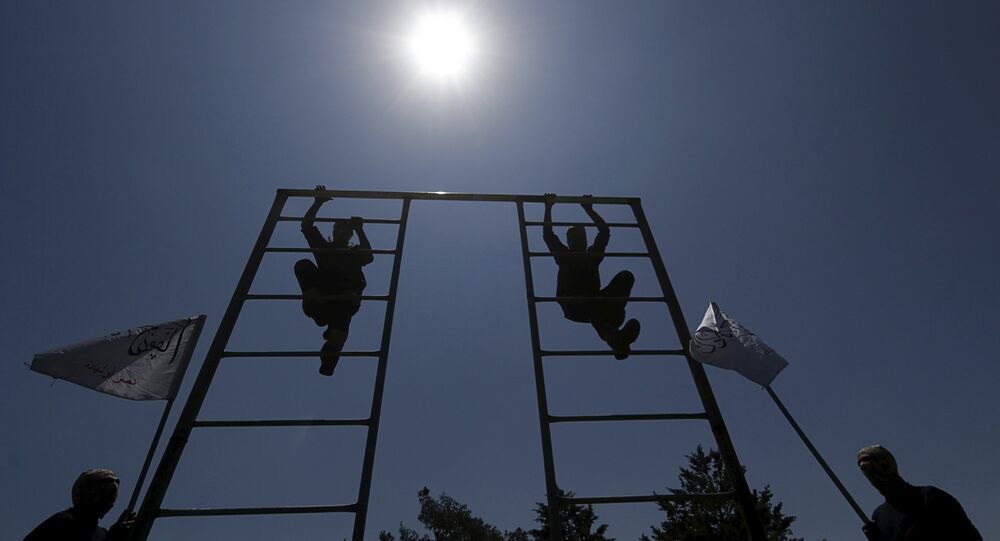 Following a beleaguered and embarrassing start, and fresh reports that military officials had lost track of US-trained Syrian rebels, the Pentagon on Tuesday said it is looking to fix the $500 million program aimed at training and equipping "moderate" forces in the fight against the Islamic State.

"We're going to tweak the program, make adjustments as we go," Pentagon spokesman Peter Cook said of the plan to send rebels identified by Washington as being moderate into battle with Islamic State militants.

© AFP 2020 / AHMED DEEB
Kidding? US Uncertain About ‘Disposition’ of All Trained Syrian Rebels

Despite initial struggles, including the fact that program leaders struggled to identify what "moderate" rebels they deemed appropriate to train — some experts stress there aren't any —Defense Secretary Ash Carter still believes the training program is the correct strategy, Cook added.

In July, 54 US-trained fighters that were sent into Syria to confront the Islamic State were quickly routed by the al-Qaeda-affiliated Nusra Front. Reports have surfaced that Turkish intelligence alerted Nusra to the operation, and that the "moderates'" weapons and equipment were captured.

Captain Chris Connolly, a spokesman for the US task force training the rebels, told the New York Times in an email:

"As with any difficult endeavor, we expected setbacks and successes, and we must be realistic with those expectations. We knew this mission was going to be difficult from the very beginning."

No decisions on possible fixes to the program have been made and proposals are still being discussed within the Pentagon, with meetings expected to take place this week, a senior defense official told the Associated Press.

On Tuesday, Cook told reporters that military officials were uncertain of the location of rebels who received US arms and training to fight IS under the multi-million dollar US program.

Retired four-star general and former head of US Central Command Air Forces Charles Wald told Sputnik that US Special Operations forces should be embedded with recruits to improve the train and equip program.

"The program needs to be more robust. We also need to have our own Special Ops guys on the ground, embedded with the troops there," General Wald said in response to the reports.

Wald added that "we need to try to accelerate more training and we have got to try to find more people that are capable" of countering Islamic State capabilities.

Initially, the Pentagon said the goal was to train 5,400 fighters in the first year. Despite recruiting far fewer than that, the Defense Department still struggles to keep track of the trainees and their activities, Cook said.

He added that officials are looking at adjusting the goal for total number of fighters in the program, but that no decisions have been made yet.

There are two more groups of moderate rebels – about 200 total – being trained right now at sites in Jordan and Turkey, with one of the classes anticipated to wrap up soon.

Congress allocated $500 million for the program. Officials said that, as of the end of May, nearly $42 million had been spent.