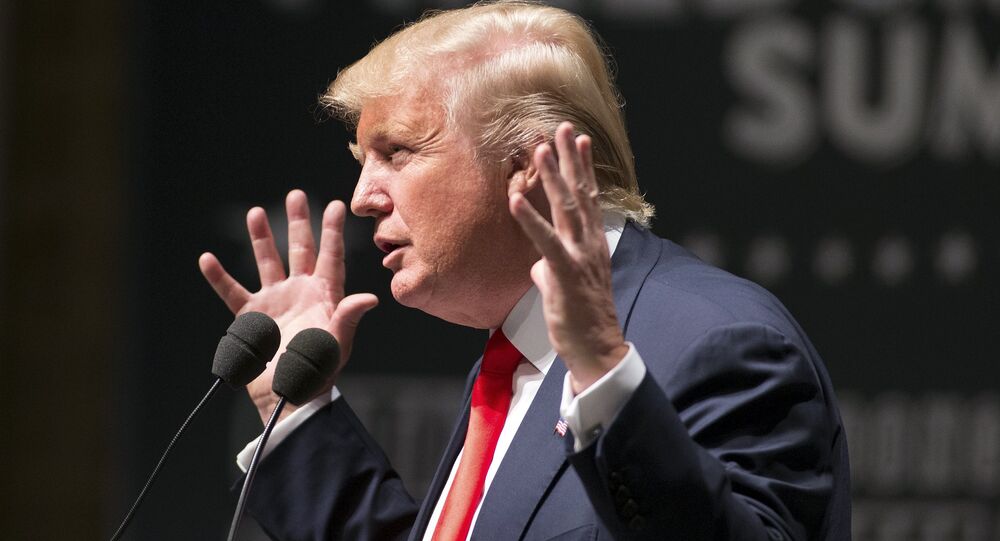 Trump slammed the nuclear agreement, saying he would renegotiate the agreement with Tehran.

MOSCOW (Sputnik) — US presidential candidate Donald Trump slammed the nuclear agreement with the "terrorist state Iran," saying he would renegotiate the agreement with Tehran.

"It is hard to believe a president of the United States would actually put his name on an agreement with the terrorist state Iran that is so bad, so poorly constructed and so terribly negotiated that it increases uncertainty and reduces security for America and our allies, including Israel," Trump said in an article published by the USA Today newspaper on Tuesday,

According to the Republican frontrunner, Iran will become a nuclear state. Tehran poses an "existential threat" to Israel, the United States and its Middle Eastern allies, Trump believes.

"When I am elected president, I will renegotiate with Iran — right after I enable the immediate release of our American prisoners and ask Congress to impose new sanctions that stop Iran from having the ability to sponsor terrorism around the world," Trump added.

© Flickr / Tony Swartz
Protester Denounces Dick Cheney as ‘War Criminal’ During Anti-Iran Speech
On July 14, Iran and the P5+1 group of Russia, the United States, China, the United Kingdom, France and Germany signed a historic deal to guarantee the peaceful nature of Tehran’s nuclear activities in exchange for sanctions relief.

The agreement has been attacked by Israeli politicians, who have argued the deal would not stop Tehran from acquiring nuclear weapons and sanctions relief would support Iranian sponsorship of terrorist organization.

On Wednesday, Trump will be speaking alongside his rival Republican presidential candidate Senator Ted Cruz at a rally on Capitol Hill. Both Trump and Cruz have outlined their strong opposition to the nuclear agreement.