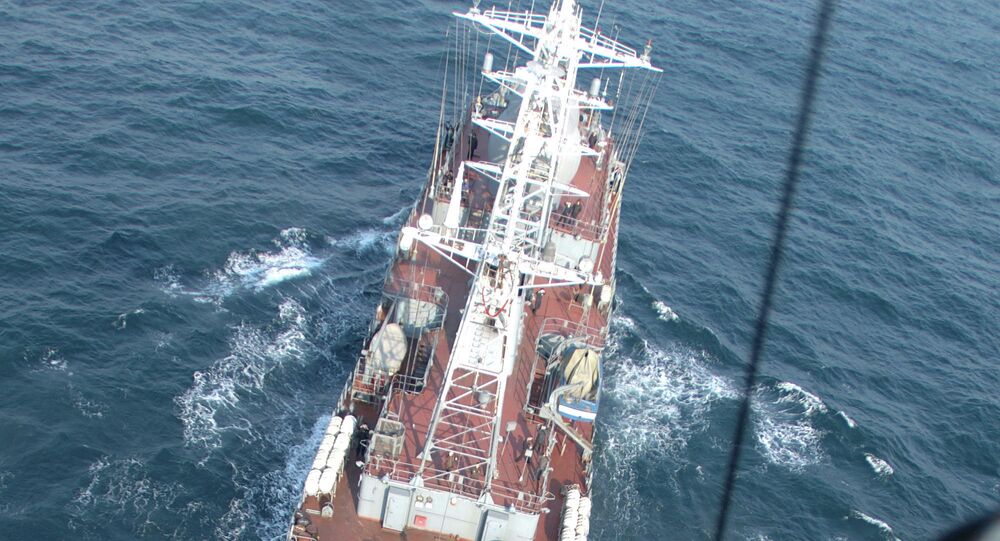 "We aware of the Russian vessel Kurily sailing in the vicinity of the Nobel Discoverer… We recognize the rights of all sovereign nations to freely navigate in international waters," Jeff Davis told the CNN network on Monday.

According to the media outlet citing sources, the Russian vessel was first spotted on Sunday.

The Arctic shelf is believed to hold enormous deposits of oil and natural gas. Russia has been laying claims to these areas within its offshore border areas, along with the four other Arctic nations – the United States, Canada, Norway and Denmark.

'Difficult for US to Match Russia's Influence in the Arctic'