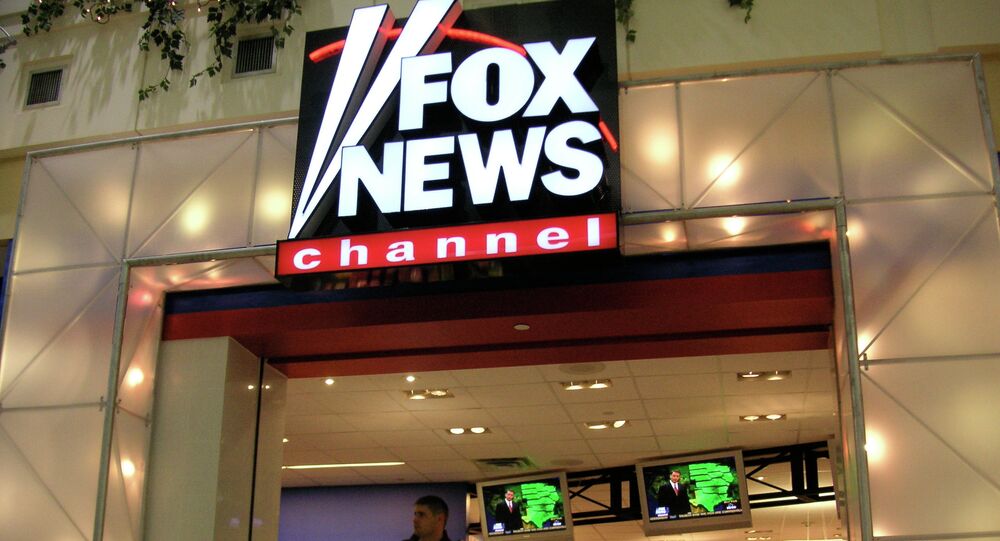 Oh, Fox News. We all love your unintentionally funny videos with your experts oftentimes talking without getting their facts straight.

There is one thing Fox News has learned to do well over the years — that's to blame Russia for all the bad stuff that happens in the world. The Syrian war breaks out — quick to blame the Russians, the US government organized a coup in Ukraine — of course the Russians were behind it, the channel screams. What's next, Fox News? Perhaps the Russians also started the Ebola virus or were behind the extinction of the dinosaurs?

© Sputnik / Evgeny Biyatov
Russia, Syrian National Coalition Both Want to Curb Terrorism - Lavrov
This time, it was no different after Fox News decided to tackle the refugee crisis in Europe. KT McFarland, a Fox News National Security Analyst invited to talk on the issue, was quick to blame… that's right, none other than Russian President Vladimir Putin for creating the refugee crisis in Europe.

Where is the logic? Well, there is none to be found, as it's often the case with Fox News. The truth is that Russia has always said it wanted to end the Syrian conflict. Moscow supported the legitimately elected Syrian President Bashar al-Assad and warned Western countries against arming various militant factions, some of whom ended up joining Islamic State, which in turn started chaos in the Middle East that resulted in the influx of refugees to Europe.

Whether al-Assad is a good guy or a bad guy isn't the point here. The point is that during his presidency before the Syrian civil war started, refugees in Syria simply didn't exist, as there was no war and no ISIL militants running around and cutting people's heads off.

Thus, if Russia always supported al-Assad who had Syria under control [read: there were no Syrian refugees fleeing to Europe], then how come it is Putin's fault now that ISIL is massacring people in the Middle East, causing a large-scale refugee crisis in the region?

In fact, it was the West, led by the United States, that started the Syrian and Libyan conflicts that in turn made millions of people refugees. Got it, Fox News? Probably not. Oh well.