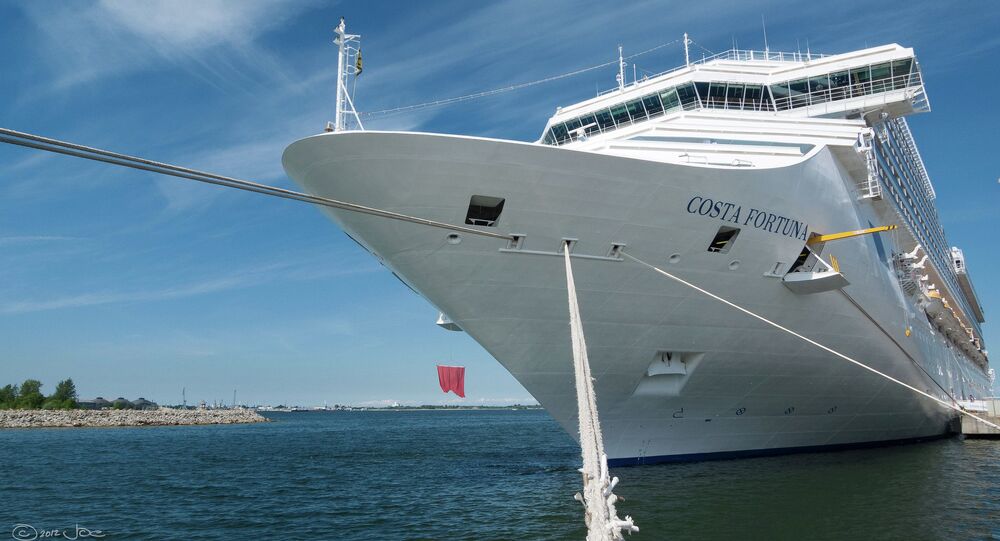 Comatose Woman Wakes, Claims to Have Been Pushed off Cruise Ship

An attempted murder investigation has opened in Italy after a woman whom authorities had believed attempted suicide woke from a long coma and said she had not tried to kill herself by jumping off a cruise ship in July.

Laura Stuardo, 53, told La Stampa newspaper that she had been arguing with her partner in a cabin on the Costa cruise ship docked in the Norwegian port of Flam shortly before falling 115 feet from the boat’s balcony on July 19.

© Flickr / Sean Ganann
Drowning in Blood: Many US Cities See Murder Rates Soaring
“I don’t remember if he pushed me, but I certainly didn’t want to commit suicide,” Stuardo said. “It was an extremely long drop. I screamed, then there was the impact with the water. I don’t remember anything else.”

Her partner Giovanni Pia told the paper he had unsuccessfully tried to stop her from jumping into the chilly water which caused damage to her lungs, stomach and spleen.

After the drop, Stuardo underwent several operations in Oslow before being flown back to Turin, Italy, where she works at a bank. She is expected to face several months of arduous rehabilitation.

Pia has not been officially named as a suspect in the investigation, but Stuardo said she has refused visits from him at the hospital.

According to the paper, Stuardo had moved in with Pia along with her teenage daughter after divorcing her ex-husband. She said she had previous altercations with Pia.

“One night he came home drunk after being involved in an accident,” Stuardo said. “‘I’m kicking you out now,’ he started to shout, ‘you and your daughter. You two are tramps.’ He then grabbed me by the hair and dragged me out of the house.”

Drowning in Blood: Many US Cities See Murder Rates Soaring

Baltimore Moving Towards Becoming the Murder Capital of the US