Edward Snowden admits a possibility to come back to the US only if he is guaranteed a fair trial. 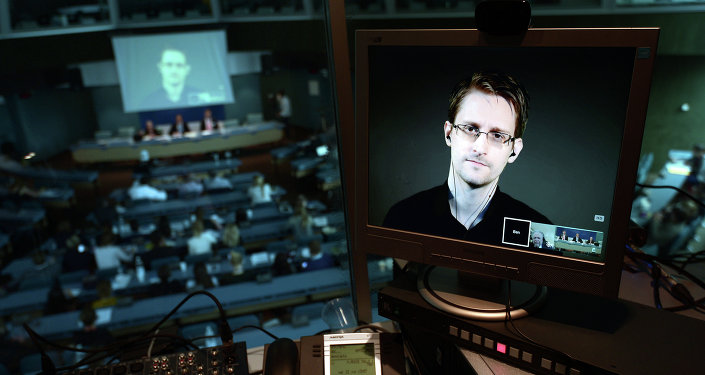 © AFP 2019 / FREDERICK FLORIN
New Docs Show US Pressure on Allies Over Edward Snowden
MOSCOW (Sputnik) — Former US National Security Agency (NSA) contractor Edward Snowden considers returning to the United States only in case a fair trial will be guaranteed by the government, he told Al Jazeera news network in an interview.

In 2013, Snowden leaked information about illegal mass electronic surveillance programs conducted by the NSA. In the United States, he faces up to 30 years in prison on charges of espionage and theft of government property.

“I have been consistent in saying that the only thing I want from the government in order to come back and stand trial is guarantees of a fair trial,” Snowden told.

He added that he, as well as the public or the US government, was not interested in a “show trial,” currently on the table in the United States.

In July, the whistleblower’s lawyer, Anatoly Kucherena told Sputnik that Snowden would consider returning to the United States, but he cannot rely on a fair and just trial.

In 2013, Snowden was granted temporary asylum in Russia, one year later, he received a three-year residency permit in the country.