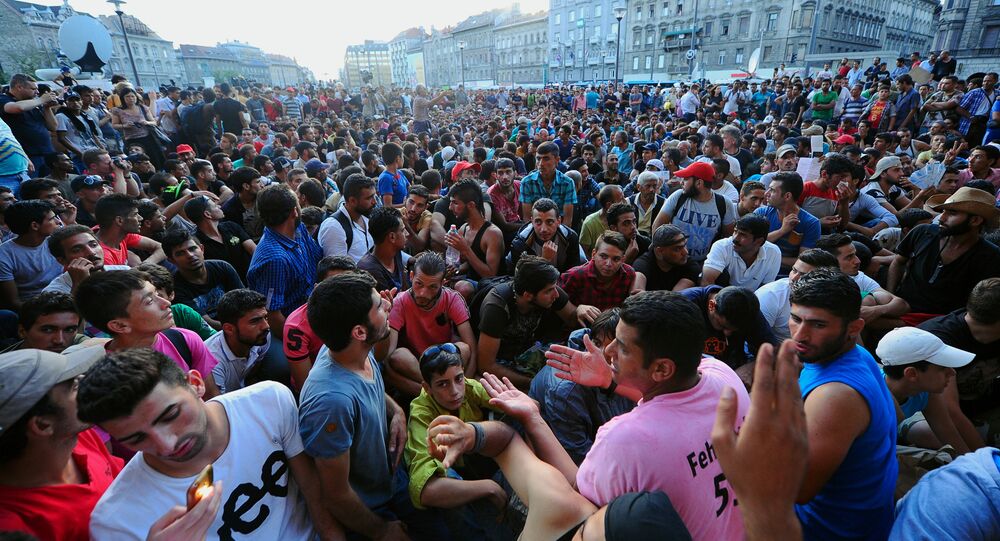 A State Department official said that John Kerry ordered to set up a group to direct US responses to the European refugee crisis and to similar world's humanitarian challenges.

"At Secretary Kerry’s request, we’ve set up a working group to coordinate State Department responses to the European migration crisis, and to make sure we are prepared for any future similar crises in other parts of the world," State Department Press Officer Nicole Thompson said on Friday.

An estimated four million people have fled Syria since the start of the civil war there in 2011, but the US government has only allowed 1,500 of them into the United States.

The Obama administration has maintained a stringent 18-month-long vetting procedure for every prospective Syrian refugee to keep Islamic State extremists out of the United States.

Also on Friday, State Department spokesman John Kirby told CNN that the administration planned to double the original figure to allow at least another 1,500 refugees into the United States by the end of 2015.