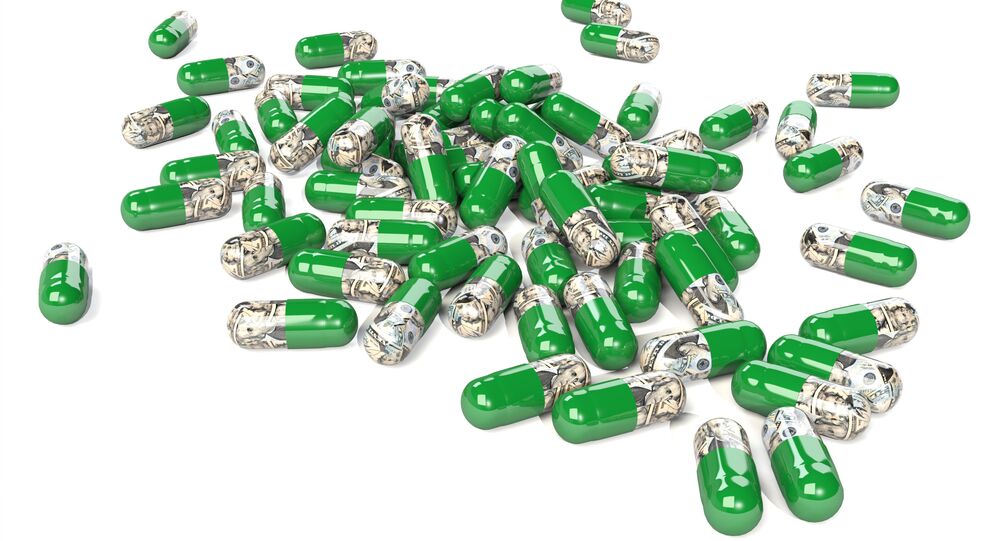 Vermont Senator and Democratic presidential nomination hopeful Bernie Sanders is tackling the issue of prescription drugs and the problems their sky-high prices are creating for Americans.

It isn’t just talk either; Senator Sanders is introducing a new bill that aims to curb the out-of-control prices set by pharmaceutical companies, noting that people in the United States are paying more for healthcare than in any other nation in the world.

“Americans should not have to live in fear that they will go bankrupt if they get sick. People should not have to go without the medication they need just because their elected officials aren’t willing to challenge the drug and health care industry lobby,” Sanders said in a statement on his Senate website.

“The pharmaceutical industry spent nearly $230 million lobbying Congress last year, some $65 million more than any other industry,” the statement noted.

The proposed bill would allow the Department of Health and Human Services to negotiate drug prices with big pharma — something that is currently illegal.  It also aims to make it easier to import medicines from other countries — where they are cheaper — and force more transparency in drug pricing from the companies that are producing them.

“The skyrocketing prices of prescription drugs are an example of the web of bureaucracy and red tape in the American health care system. What we need is a national health care system that puts people ahead of profits and health ahead of special interests,” Sanders said in the statement.

The self-styled Democratic socialist will also soon introduce legislation to provide a “Medicare-for-all, single-payer system” to provide healthcare for all Americans.

He is also calling for harsher penalties for drug companies who commit fraud.

“We should pass legislation which says that drug companies lose their government-backed monopoly on a drug if they are found guilty of fraud in the manufacture or sale of that drug,” Sanders said.

“We believe our prices reflect the value of our medicines and provide the necessary incentives for ongoing R&D investments,” Andrew Topen, a representative of the pharmaceutical company Pfizer Inc., told Bloomberg News.

Sanders and his supporters do not seem to be buying that explanation, however, and insist that it is a simple case of profits over people.