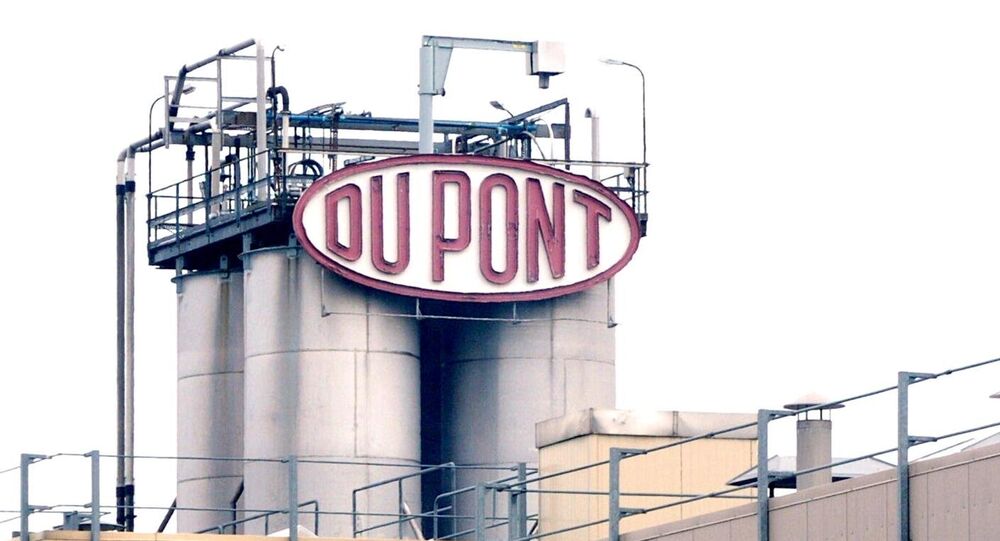 American chemical company DuPont stopped to use dangerous C8 agent in Teflon coating, but replaced it with other chemicals that could be harmful for people as well.

WASHINGTON (Sputnik) — The US chemical company DuPont phased out the toxic C8 agent used in Teflon coating, but replaced it with chemicals that could be equally dangerous to the public, West Virginia Citizen Action Group Executive Director Gary Zuckett told Sputnik.

"There is no proof or research I am aware of that points to C-8 clones, such as C-7 or C-6, being any less dangerous as a replacement for the original that has caused so much harm," Zuckett said on Wednesday.

The toxic no-stick agent known as C8 has been used by DuPont in manufacturing of consumer goods, including in Teflon coating for pans.

After years of research, scientists have linked C8 exposure to different health risks, including cancer and birth defects.

© Flickr / Instituto Akatu
Teflon
DuPont has reportedly been aware of health problems caused by the no-stick agent since 1960s, but continued its use.

In 2007, the Centers for Disease Control and Prevention established that more than 98 percent of US citizens have C8 in their blood.

At present, DuPont faces about 3,500 injury claims related to the C8 chemical.

The US state of West Virginia, home to DuPont-operated plant near Parkersburg, has experienced firsthand the negative impact of C8.

"We have a problem here in West Virginia and even at the national level, where regulatory agencies are not necessarily doing the best job they could in monitoring and policing these types of facilities," Zuckett said.

In 2015, DuPont phased out the no-stick agent out of production. However, it has been largely substituted with a C8 clone called C6 without any substantial evidence that the replacement is safer.

"We surely cannot trust any statements or claims made about these new chemicals by the manufacturer considering their history of deceit," Zuckett noted.

Zuckett suggested the US Toxic Substances Control Act should be updated as it has not been substantially corrected since 1976, in order to ban new toxic chemicals and protect US citizens.

In May, 232 scientists from the fields of environmental health, chemistry and toxicology, among others, signed a statement urging governments across teh world to restrict the use of C8-related chemicals and find an alternative.