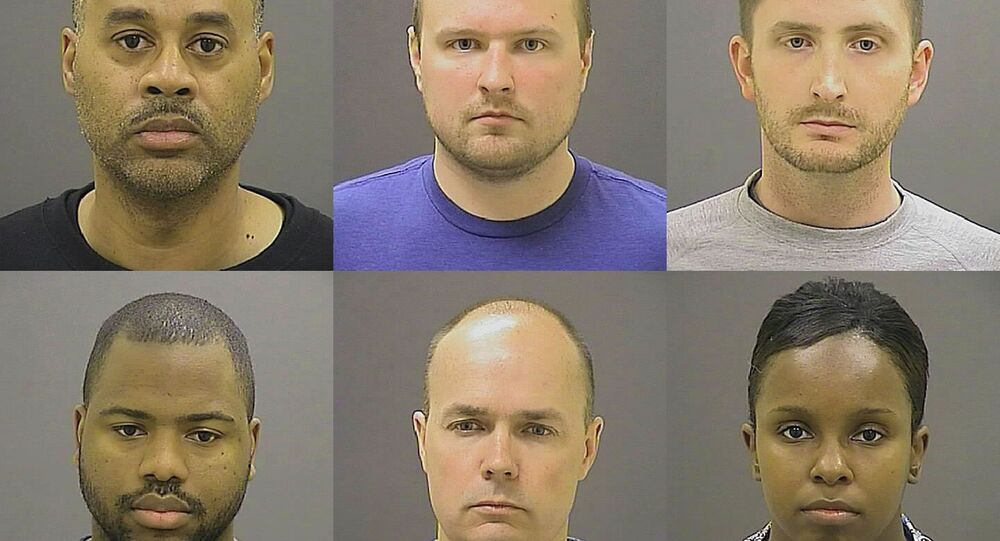 During a pretrial hearing on Wednesday that sparked protests at the courthouse, a Baltimore judge denied the defense’s motions to drop charges against the officers involved in the death of 25-year-old Freddie Gray, as well the motion to recuse prosecutor Marilyn Mosby.

Willams also decided on Wednesday afternoon that all six will receive separate trials.

Gray suffered a spinal injury while being transported inside a police van on April 12 and died a week later.  Many have speculated that this was caused by a “nickel” or “rough ride,” where the driver intentionally drives in a way that will slam the detainee around in the back of the vehicle.

All officers are facing second-degree assault, reckless endangerment and misconduct in office charges. Rice, Porter and White are facing manslaughter charges, and Goodson, who was driving the deadly vehicle, is facing a charge of second-degree murder.

Protests outside turned chaotic for a moment as the Baltimore Police arrested respected activist Kwame Rose, who made headlines after eloquently calling out Geraldo Rivera on-air in May.

Rose had been hit by a car and was reportedly taken to the hospital for medical treatment before being charged with a misdemeanor offense for allegedly obstructing a roadway.

Baltimore Police Commissioner Kevin Davis initially claimed that Rose had assaulted a police officer, however all witnesses dispute this and there was no mention of it in his charges.

Rumors had also swirled that police had tased Rose, but the department took to Twitter to dispel that and claim no tasers were deployed.

Protests are expected to continue throughout the evening.