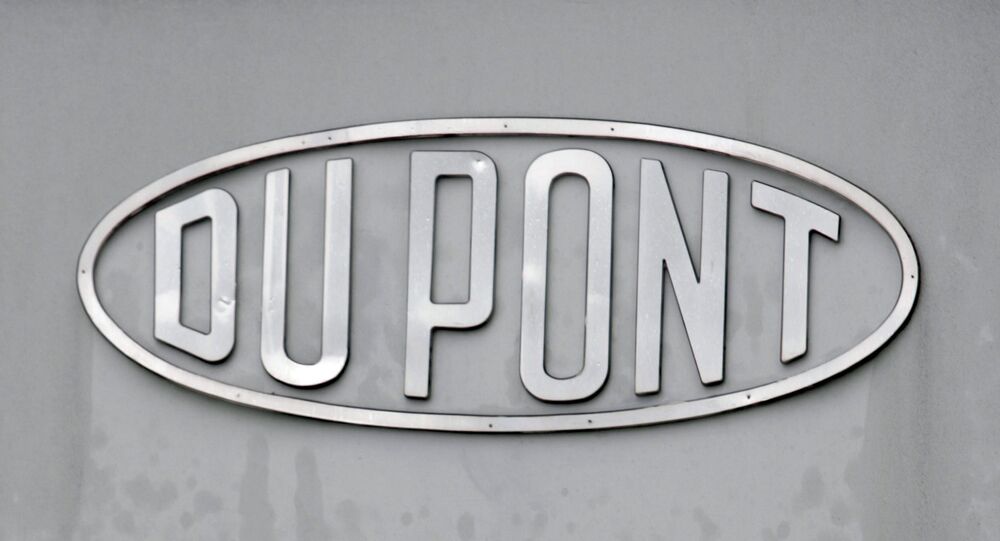 WASHINGTON, (Sputnik) — The toxic no-stick agent known as C8 has been used by DuPont facility in West Virginia in manufacturing of consumer goods, including Teflon coating for pans. It is now facing about 3,500 injury claims.

"The West Virginia DEP continues to monitor discharges from that facility because DuPont has National Pollutant Discharge Elimination System (NPDES) permits through the agency," Gillenwater said.

In 2007, the US Centers for Disease Control and Prevention established that more than 98 percent of US citizens have C8 in their blood.

In September, the first of the thousands of personal injury claims against DuPont will come to trial, according to media reports.

Associated Press
US Environment Protection Crew Spill a Million Gallons of Toxic Waste
The West Virginia DEP said it has been aware of the problems related to the DuPont plant in Parkersburg since 1990s, when the company had to pay $200,000 for C8 area contamination that was killing cattle and deer.

In 2001, the West Virginia DEP and the West Virginia Bureau for Public Health established scientific teams to study C8 and required sampling and monitoring of the agent’s levels at the DuPont plant and public water supplies in the area.

In 2015, DuPont phased out the C8 agent out of production. However, it has been substituted with a C6 clone.