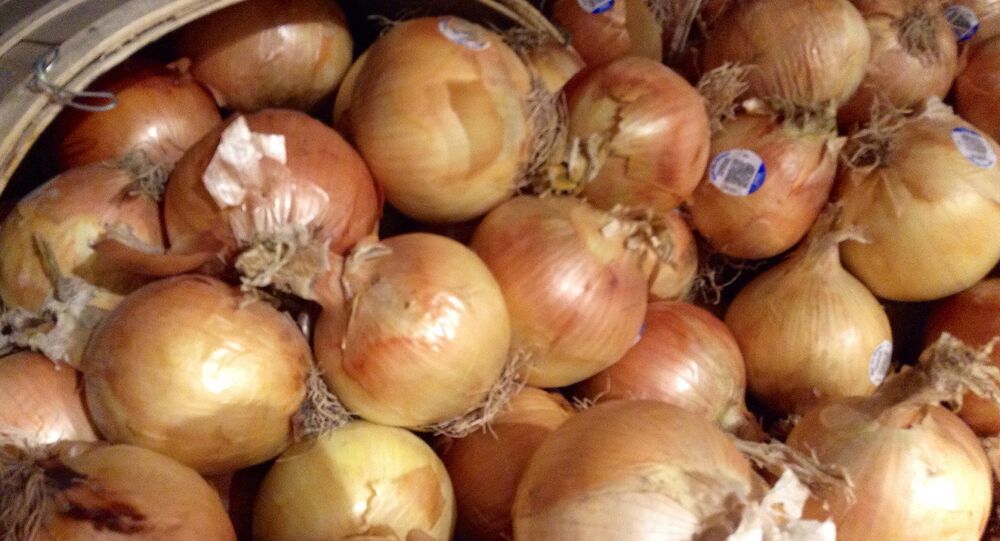 US oil companies hoping to win drilling rights in the arctic have gained an unlikely ally: The National Onion Association. Suspicious, given that the onion growers have no interests in the freezing region, and doubly suspicious given that its letter of support lifts phrases – verbatim – from an oil lobbying group.

Ah, the onion. Caramelized or braised, cooked into a stew or deep-fried, pickled or eaten raw, there is little the onion can’t do. A culinary staple in almost every world culture, you might call the vegetable the "bulb of the people."

With its near universal appeal, there is virtually only one sad place on Earth that’s relatively onion-free: the Arctic. It’s too cold to adequately harvest the crop, and the fact that the region consists primarily of a large ocean makes it difficult to find energy-rich topsoil.

But that hasn’t stopped the powerful onion lobby from adding its two cents about the controversial plan to allow Shell Oil to drill in the region.

"On behalf of US onion producers, shippers, and allied industry, I am writing to demonstrate my strong support for oil and gas development in the Arctic Outer Continental Shelf," reads a letter to the US Bureau of Safety and Environmental Enforcement. Signed, sincerely, by Wayne Mininger, "Executive Vice President, National Onion Association."

Shell received a permit from the Obama administration last August that gave the energy giant permission to drill in the waters of the Chukchi Sea. That decision has led to a wave of criticism from environmental activists weary of the company’s safety assurances.

In response to that backlash, Shell has been seeking support wherever it can. A number of oil companies have, naturally, supported the drilling decision, but so have a pair of Mexico-based beach charter organizations, as well as a New Jersey seafood organization.

The addition to that list of the National Onion Association — a group that spends most of its time promoting onion soup recipes — must have been a prize catch.

But even the wording of that support is raising a few eyebrows. When reporters with the Intercept ran the NOA’s letter through an online plagiarism tool, they found it bore a 75% match to a petition launched by the Consumer Energy Alliance, the group lobbying on behalf of Shell.

The organization essentially replaced the word "I" with "On behalf of US onion producers" and called it a day.

Has the strategy paid off? Will America’s onion overlords be able to convince the masses that big oil is necessary for the cultivation of its favorite multipurpose allium? Will their coalition doom humanity to a global warming braising, roasted until tender?

Hard to say, but a conspiracy seems to be afoot, and the more layers you peel away, the more it stinks.