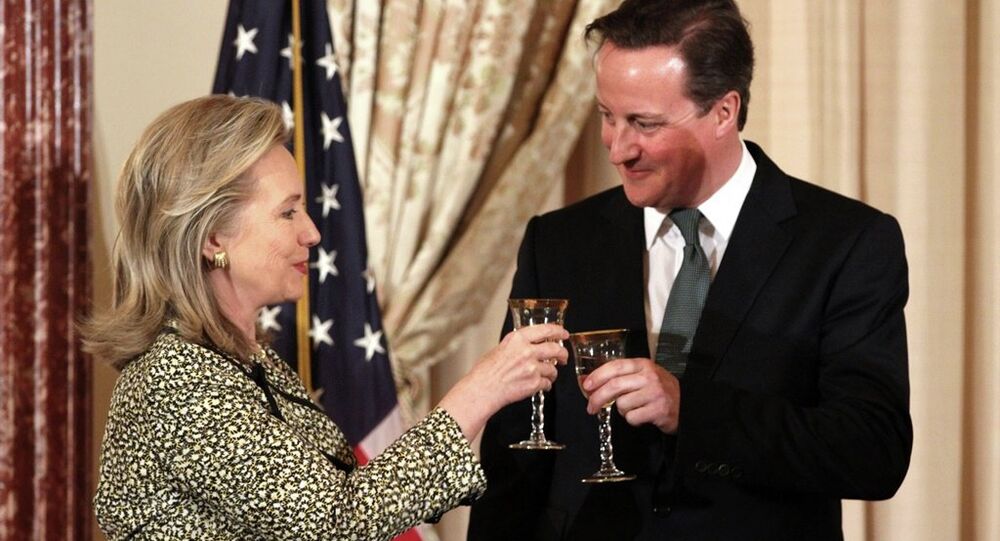 Clinton Emails Reveal Warning to be Cautious With Cameron

The release of an additional 7,000 pages of former US Secretary of State Hillary Clinton's emails has revealed that she was warned about a cooling in US-UK relations, the BBC reported Tuesday.

© REUTERS / Joe Skipper
Is Clinton Secretly Trying to Prevent Biden From Running for President?
MOSCOW (Sputnik) — Hillary Clinton was warned that the United Kingdom was no longer a partner the United States could be confident in after the 2010 election.

The State Department has been working through more than 55,000 emails retrieved from Clinton’s private email server, which she used to conduct business during her term as Secretary of State, from 2009 to 2013.

In newly disclosed emails, Sidney Blumenthal, Clinton's longtime friend and an ally of the UK Labour party, advised Clinton to be cautious when dealing with then newly elected David Cameron and his Conservative government.

"On economic policy, the UK is no partner and no bridge to Europe," the BBC cited Blumenthal's email as warning.

"At no other time since World War II have the US and UK governments been at such odds over international economics," Blumenthal was cited again as writing by the BBC.

Clinton’s communications were disclosed under a Freedom of Information Act (FOIA) request and are gradually being released to the public.

With Monday night’s 7,000 page email dump, the State Department has met the FOIA goals of releasing more than 25 percent of the total number of pages on Clinton’s server.

Almost Half of US Voters Believe Clinton Should Halt Campaign