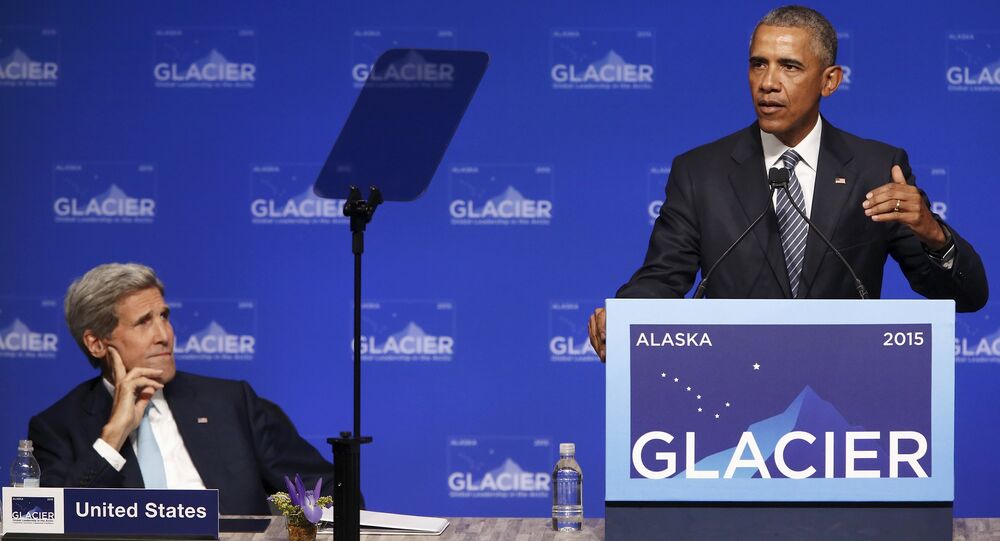 Obama Admits US Responsibility for Global Warming in Alaska Speech

President Barack Obama told an international conference on climate change in Anchorage, Alaska, that the United States recognized its role in creating climate change and "embraced responsibility" to help solve it.

WASHINGTON (Sputnik) – The president acknowledged that the United States remained the number two emitter of greenhouse, or carbon gases on the planet, contributing to global warming after being the number one emitter for so many years.

"We have the means to… avoid irreparable harm," Obama said in his more-than-20 minute opening speech to the three-day GLACIER (Global Leadership in the Arctic: Cooperation, Innovation, Engagement and Resilience) conference on late Monday afternoon, local Anchorage time. "We’re just not doing it fast enough."

© Photo : Pixabay
Climate Change Immediate Threat to Global Security – Kerry
He also acknowledged that although US carbon emissions were now down to their levels of 20 years ago, much more had to be done.

Obama argued that only major steps taken quickly and in concert by the international community could bring about the rapid changes that were essential to reduce carbon levels in the atmosphere and bring down the rate of global warming.

Obama was speaking the same day he outraged conservative traditionalists by restoring the original name, Mount Denali, to North America’s tallest mountain, which had for more than century been known as Mount McKinley by in honor of President William McKinley who was assassinated in 1901.

On his three day visit to Alaska, Obama plans to visit melting glaciers and eroding coastlines, which he referred to in his speech.