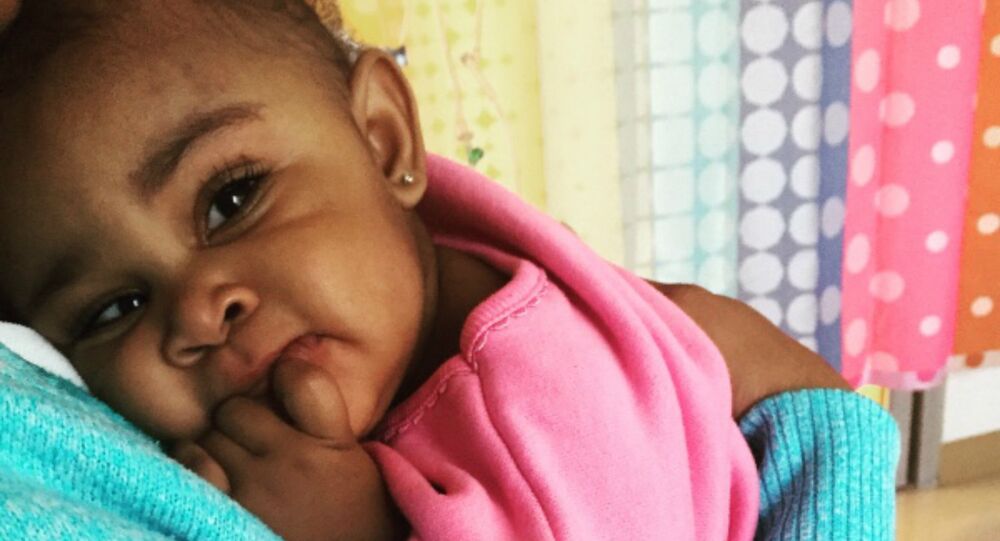 A 23-year-old Michigan man is held on $500,000 bond after robbing a bank to try to pay for his one-year-old daughter’s cancer treatments after her insurance was abruptly canceled.

His family says that this was an act of desperation after his daughter’s insurance was canceled upon her first birthday as her mother was unaware it needed to be renewed.

His daughter, Brailynn, requires chemotherapy treatments every four weeks in her battle against retinoblastoma, a rare form of eye cancer.

"I'm not sure what he was thinking at that point, but at the end of the day the only thing I can think about is him trying to take care of his child,” Brailynn’s mother told 7 Action News.

Randolph was caught on camera slipping a teller a note and indicating that he had a gun during the incident on August 12- but the police have not alleged that he had one, and he never actually showed one during the robbery.

“The only thing he kept telling me is I want to be the man I'm supposed to be. I want to provide for my child,” his aunt told the local ABC affiliate.

Brailynn’s mother is still working on having the young girl’s insurance reinstated, and has a GoFundMe page set up to help get her daughter the treatment that she needs.

“To some of the world he is a monster to us he is a father that wanted to protect his daughter. My daughter had her what we thought was the last chemo is March which they gave her three months to see what would happen without chemo. One of her checkups she went in and they came back with news that chemo might be needed again because she had another rumor that dropped off the main tumor,” an update on the fundraising page stated.

Pregnant Women to Qualify for Special Insurance Enrollment - US Democrats